“My mom and her girlfriends would put on their makeup together before they went on their jobs. They had lipsticks, and blushers, and it was fabulous and I kept thinking- My God, I cannot wait till I get old enough to play with this junk”, said Cher, in the movie Burlesque. Well, Cher wasn’t the only one who used to feel that way. Every woman out there used to yearn for the time when we’d reach an age when we could speak the language of ‘fashion’.

Unfortunately, all those trends that formed the base for such an inspiration, were replaced with new ones over time. The world of fashion and beauty took a new turn with new trends and we started accepting this modern definition of ‘fashion’. But when it comes to things people love, you can take them off the shelves for just a while, not forever. The same goes for fashion as well. (Yeah, I know, most of you were hoping I’d say ‘Maggi’)

So here are 10 popular trends that decided to make a comeback: 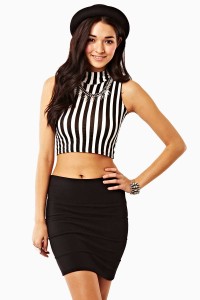 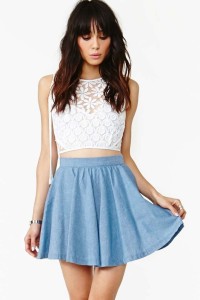 These were in fashion in the 90s when pop singers Britney Spears and Christina Aguilera popularized the outfit. Now they’re back since celebrities like Lindsay Lohan wore them in public and models started wearing them in advertisements. Though crops in those times were usually only worn by celebs and had a limit to how much of your belly you would rather show, they’re being adorned by almost everyone these days in all the varieties, sizes and lengths they are coming in. 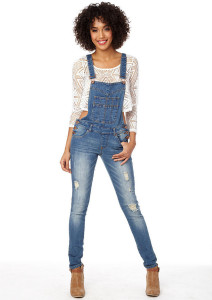 We all remember these classy denim pieces. Many of us have worn them at some point of time in our lives. They have the ability to make the wearer look both adorable as well as sexy. Earlier, this trend was popular in 1980’s and 1990’s. Traditionally, this wardrobe piece was designed to be worn over or under another layer of clothing to make an extra protection while wearing it. Nowadays, they are a raging trend and come in various alterations like halter necks, ripped, short, skinny fitting, etc. 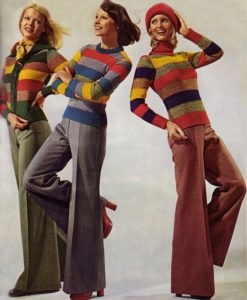 They weren’t ‘in’ fashion in those times, they were ‘the’ fashion in the earlier times. There was no other type of trousers and jeans that were worn then. All our old movies, television shows, and old pictures prove that. Many have been waiting for bell bottoms to come back for a while, and it’s not a matter of surprise that they’re finally here, seeing that they were super popular during the entire second half of the 19th century! 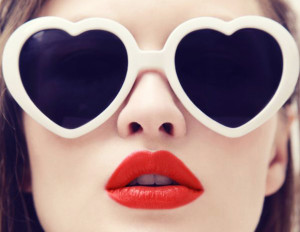 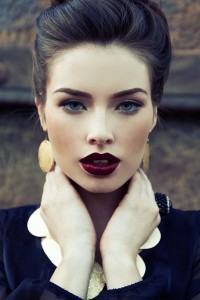 These keep going in and out of fashion. Recently they were replaced by nude colours, soft pinks, glosses, shimmers etc. Wearing bold, loud colours for some time had started to be considered as a sign of poor fashion sense. But then these came back when celebs started wearing them again in movies, events, and on ramps. It was primarily Maybelline that brought back the trend when it launched the suave Bold Matte lipsticks in rich reds, hot pinks, bright oranges, etc. Since then, they’ve become a rage. Now, women can also be seen sporting coffee brown, dark brown, and deep berry colours. 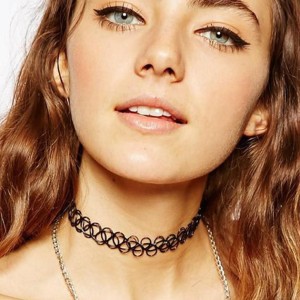 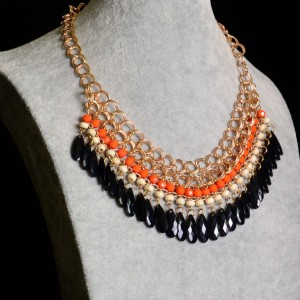 Some of our favourite stylish accessories like the choker chains are back! People are being spotted sporting these ’90s’ necklaces in stylish, unconventional ways. 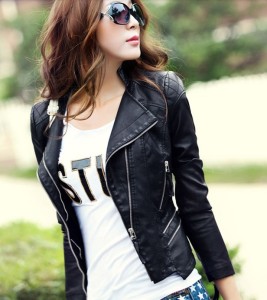 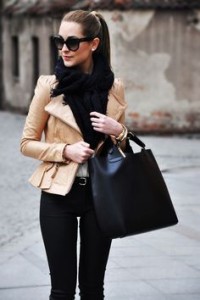 For the past 10 years our wardrobes have been longing for this chic, utterly sexy piece of clothing. Now they are back and have taken on the market like anything. All the tough and confident girls out there want this ‘biker girl’ outfit for themselves. 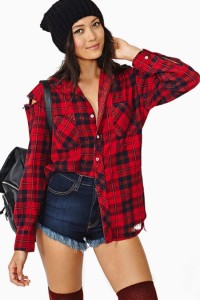 These are the epitome of casual yet cute fall attires that every woman either had or craved for in the past. Flannel shirts today are often linked to hipster culture. The TIME magazine quoted that “Everything about them is exactingly constructed to give off the vibe that they just don’t care.” They are one of the most comfortable type of clothing that are worn with almost everything from casuals to dresses, and a little bit of attitude! 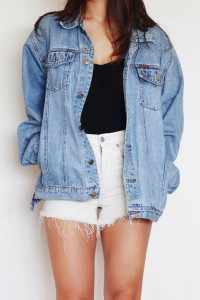 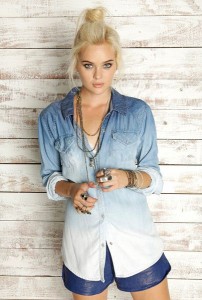 This American casual wear was a huge hit in the 90s, and then it disappeared, mostly because of the stigmas attached to it. Thanks to big brands like Levi’s, these cool, confident and chic shirts and jackets are back and are being worn in various hot styles for those urban, vintage looks. 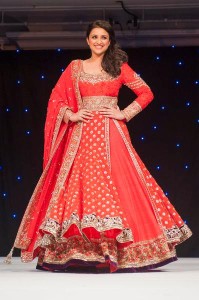 They almost faded into oblivion for quite sometime in between. But then they made a ravishing comeback into the world of fashion. While the concept is still an old one, fresh designs and innovative patterns adorn these beautiful suits and lehengas that add a different dimension to them altogether. These ethnic attires that give women a royal feel and intensify their femininity are yet again being flaunted by everyone, not just celebs! 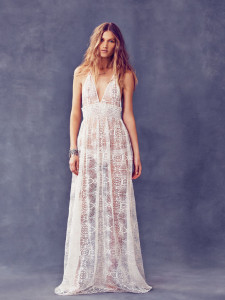 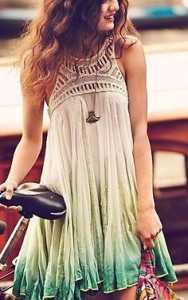 This hippie trend of the ’60s and ’70s is back in our fashion stores! It’s almost like the world has gone all music festival style crazy, with hits from Boney M playing in the background, except, of course, a little bit more stylish.

So have you sported your own statement of crop-tops and overalls yet?

I'm a post graduate in Mass Communication and am passionate for photography and creative writing! I'm naïve, humble, short tempered, a dreamer, imaginative, curious, introvert, mischevious....and a lot more!!! People who know me, call me an enigma! Follow me on Google Plus