2016 is to start with a bang. Everyone will agree that they had a moderate year i.e a mixture of happy and sad things. But Bollywood gave us many reasons to be ecstatic, with all the amazing movie releases!

And still better were our Bollywood divas who aced 2015 with exemplary performances and style quotient. Be it on-screen or off-screen , our Bollywood actresses scored some brownie points by their fans.

Let’s have a look at the 7 actresses that kicked some major punches. And what’s in store for us this NEW YEAR 2016. 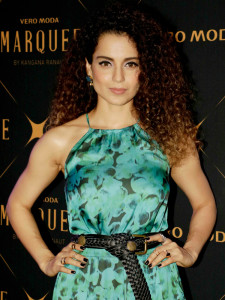 Kangana is a powerhouse performer and is known to slip into any role with perfection. The year 2015 gave her the biggest of her career ‘Tanu weds Manu Returns’. The film was 2015’s first 100 crore film. Her double role was widely appreciated and she came to be the highest paid actress of Bollywood. Apart from her professional achievements , she also gave her opinion on the unequal treatment regarding salary in the industry. Kangana has never been shy about speaking on various topics. She is bold and unapologetic.

On the fashion side , Kangana designed a limited edition line ‘Marquee’ for Vero Moda , thus making her the ultimate style and fashion ‘Queen’.

2016 looks bright for her as she has ‘Rangoon’ opposite Saif Ali Khan and Shahid Kapoor. Apart from that , there a couple of other movies Kangana is working on. Also , there is a persistent rumor going on in Bollywood that ‘Tanu Weds Manu’ director is thinking of casting Kangana with Shah Rukh Khan. Now that would be a killer Jodi , don’t you think? 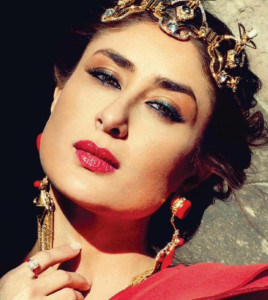 Kareena Kapoor is the Bollywood favorite. Although she featured in only one film in 2015 , ‘Bajrangi Bhaijaan’ , which happened to be a major super-duper blockbuster , she made sure she was in the eyes of her fans through her advertisements and magazine cover appearances. Her gorgeous spread on Harper’s Bazaar Bride December 2015 issue was one not to be missed.

Another major point was when Kareena Kapoor and Kangana Ranaut attended a Leadership Summit in Delhi. Apparently , they were very cordial each other and only had praises to say to one another.

2016 will see her work opposite Shaid Kapoor and Alia Bhatt in ‘Udta Punjab’ and Arjun Kapoor in ‘Ki and Ka’. 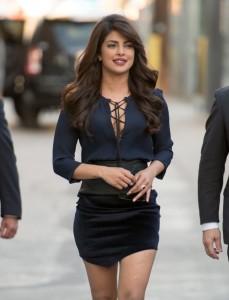 Priyanka Chopra is the superwoman of Bollywood. The lady never sits idle. In 2015 , we saw her play some very diverse characters ranging from the subdued Ayesha to kick-ass Alex Parrish and finally the sacrificing Kashibai. Phew!

Her major point in 2015 was definitely her bagging an international TV series ‘Quantico’ and playing the lead in it. Her acting chops garnered her fans from other parts of the world too.

Like Kangana , Priyanka too is very vocal about social issues and feels strongly about women’s rights. She also has spoken about the unequal pay treatment in Bollywood.

Her fashion quotient was on point during all her promotional events. Currently , the red dress she wore for her next movie trailer release event  ‘Jai Gangaajal’ totally slayed the fashion scene. She is seen wearing her favorite designer – Victoria Beckham.

2016 looks bright for Priyanka as she has ‘Jai Gangaajal’ , the trailer has already released and has received rave reviews. She also has another project where she is supposed to be starring opposite Fawad Khan. Can’t wait for that now , can we? 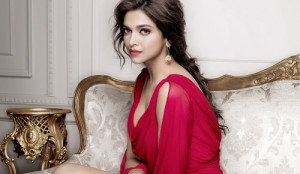 The golden girl of 2015 , Deepika Padukone gave a bomb of a performance in her movies. Starting the year with a quirky ‘Piku’ getting through with ‘Tamasha’ and finally closing the year with a bang with ‘Bajirao Mastani’. Like Priyanka , Deepika too has proved her mettle as an actor by performing in roles very diverse from each other.

Deepika also came out and spoke about her depression and subsequently opened a foundation ‘Live Love Laugh’.

Deepika also collaborated with Myntra and started her line ‘All About You’. Her Instagram posts during her recent movie promotions created big ripples in the fashion industry. And also her continued display of cuteness and love for Ranveer Singh proved to be major eyeball gatherer.

2016 may or may not be her year as her movies seem at nascent stage right now. There are talks of her doing ‘Kahaani 2’. And who can forget the cryptic picture she posted on Instagram with Hollywood actor Vin Diesel. The whole of India is waiting with bated breath for a formal announcement on that. 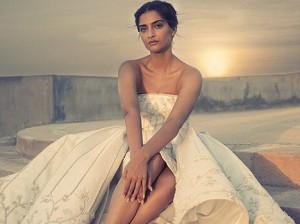 The official trend-setter and Fashion Guru of Bollywood , Sonam Kapoor has never shied away from trying different ensembles and outfits. Be it a western wear or a desi style Indian outfit , Sonam always styles her attire and makes everything look so royal and elegant.

2015 saw her do a ‘Dolly ki Doli’ which was mediocre and then she ended the year with a bang with ‘Prem Ratan Dhan Paayo’ which is touted to be the highest grosser of the year. The dubsmash video everyone had going , from all of Bollywood to the general public  before the movie’s release , was too hard to forget. She also starred in a music album with Hrithik Roshan ‘Dheere Dheere’.

Apart from that , she kept her fans updated with her fashion posts on Instagram and her appearances in advertisements and her gorgeous magazine spread in Harper’s Bazaar Arabia December 2015 issue.

She managed to be in the news in 2015 and 2016 is not looking that bad either. The trailer for her movie ‘Neerja’ is released and if the reviews are anything to go by , it is one of the most awaited movies. Will this be Sonam’s next big hit after ‘Prem Ratan Dhan Paayo’? 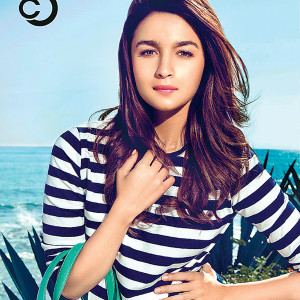 Alia Bhatt , the cute and sweet girl , had only a single release this year ‘Shaandaar’. Although the film had a major marketing strategy and the stars did huge promotions , the film failed to make monies. But her acting and fresh pairing with Shahid Kapoor was praised by people and critics alike. Alia Bhatt apparently reached a low emotionally and even went on to have a solo trip to Oman to take some time out and sort things out.

But the film’s failure can’t take the stylista out of Alia. Her fashion and style during the movie promotions were noticed by her fans and stylists and she gave major inspiration to young girls. Also , her rumored affair with Sidharth Malhotra grabbed a lot of interest among both their fans. They were constantly stalked online and otherwise.

She was in the news for having suffered minor burns to her hands and face while at an awards function. The actress took it sportingly and even assured her fans on Twitter that everything was fine.

Looks like 2015 was a crazy ride but 2016 seems good for her as she has ‘Kapoor & Sons’ with Sidharth Malhotra and Fawad Khan. Apparently fans went crazy online and even went ahead and made posters for the movie. Talk about popularity. There are also rumors about Alia doing a movie with Shah Rukh Khan and a fantasy movie with Ranbir Kapoor. Is she lucky or what??? 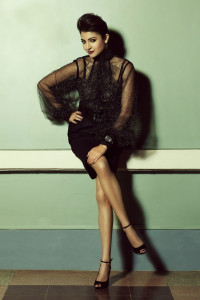 The quintessential bubbly girl of Bollywood , Anushka Sharma gave her fans a major heart attack when she starred in her home production ‘NH-10’. The movie was all shades of dark and Anushka garnered some pretty good reviews for her movie and her acting chops. She later went on to star in the extravagant classic ‘Bombay Velvet’. Although the movie boasted of Ranbir Kapoor in the lead , Anurag Kashyap as director and even marked the acting debut of Karan Johar , the film did not manage to gain love from the audience.

After that , she did a supporting role in ‘Dil Dhadakne Do’ opposite Ranveer Singh. 2015 is special for Anushka as she made her relationship with cricketer Virat Kohli official.

Being a former model , it is not difficult for Anushka to style like a fashionista and very rarely has it been seen that she is ill-dressed. In fact , she featured on Verve magazine’s “Best Dressed 2015” list, “for going from girl-next-door to total diva”.

2016 seems a great year as she has ‘Ae Dil Hai Mushkil’ opposite Aishwarya Rai and Ranbir Kapoor lined up. Plus , she has about 3 scripts under her production banner which she will be working on. She has apparently signed Ayushmann Khurrana for one of the movies too.

Looks like our Bollywood divas have a lot going for them in 2016. Who are you guys rooting for???

Casual Girl who takes interest in comfortable clothing but shares a great enthusiasm to style and create new looks. Voracious Reader , Lover of Music , Jumpy Wanderer , Collector of Memories , Soul-searching , Food-Tasting and many other things!