I always aspire to write something beautiful and composing for Miley Cyrus is really awful for me as she was one of my idol in my teenage, who dazzled millions of people through her singing talent, dance performances, and stunning looks. She is always renowned for her sugary sweet image in public and now this Disney princess is a complete rebel.

She is a complete whore, twerking all around in her jumble scrap outfits. Here are 7 scary Miley Cyrus looks we’d rather not see her in.

1. Everytime she forgets a piece of clothing 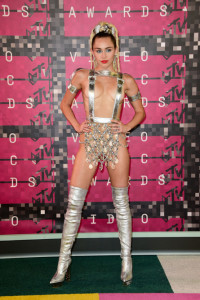 She is wearing a sort of skirt which barely covering anything with long boots. 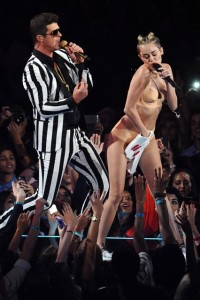 This garment is as simple to describe.. she is wearing her undies on the stage live performance. 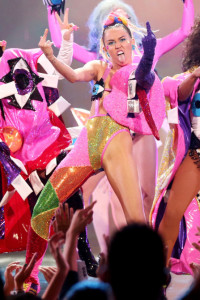 I could not name this outfit but is giving a fierce competition to the clowns with an eye on her one b**b and lips on another with a single legged multicolor pant.

4. Oh! well, she deserves a crown for her daringness 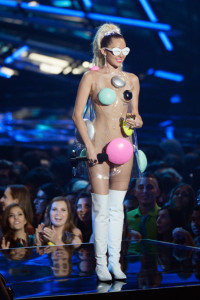 She is wearing a transparent dress with some oddly size colorful gems been ornamented over the surface of the dress. 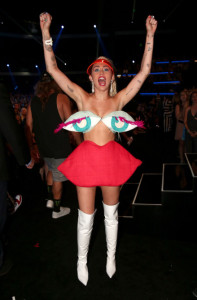 she is wearing lips for her bottom and eyes for her top which is so ill-fitted, totally a fashion cred.

6. I hope I’m not gonna hate pink from now 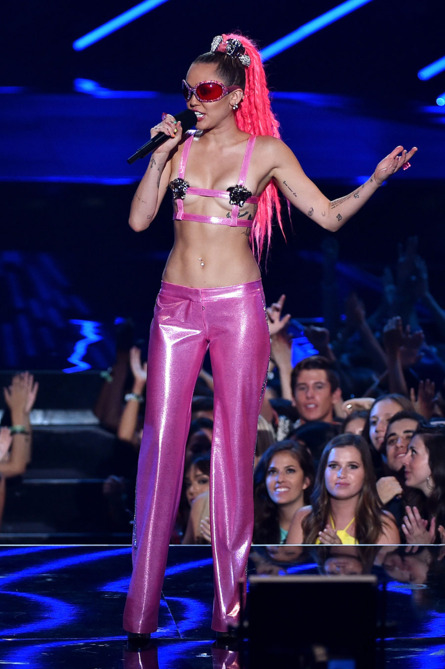 She is wearing a pink shimmer pants with a top made for the purpose only to cover her titties..and to put an icing on the cake she wore a cheap pink sunglasses and a wig. 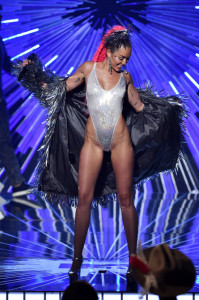 She is wearing a dazzling silver swimsuit paired with overcoat made of tinsels.

Miley Cyrus is growing up to be a super crazy nasty woman, lost all her charm and dignity. She has serious wardrobe malfunction which is insane. Her taste is a little extreme but no matter what she is a celebrity, she is a star and she could do anything and people would love and enjoy seeing her as strippy trippy!

Hola!! to all the fashion connoisseur's.. I'm an independent creative, adore fashion? and a complete style whore.