When it comes to movies, Indians swear by the golden rule-if it looks good on the silver screen, it’ll look good in real life as well. Whether it’s the dialogues, dresses, makeup or even the lifestyle of the characters in the movie, we are ready to adapt anything that is shown on the celluloid screen. Over the years, Indian fashion has witnessed many such trends which have been sparked off by Bollywood movies. Here’s a lowdown on some of the most iconic ones. 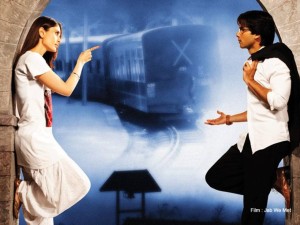 We were all mesmerized by the bubbly and chirpy Geet in the movie and also, her clothing. The harem pants, paired with long T-shirts, became every girl’s wardrobe staple. From college attire to sleepovers, the comfortable yet stylish trend spread like wildfire. And I’m sure, all of us, at some point, must have dressed up exactly like Geet in the harem pants and T-shirt, stood in front of the mirror, and said- “Main apni favourite hoon”! 😉 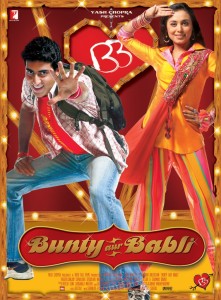 Rani Mukherjee’s Patiala-heavy looks took the Indian fashion by a storm. With the colourful Patiala salwars and collared short kurtis, designer Aki Narula gave a very modern twist to the traditional Indian attire. From designer wear to street style, it ruled the roost that season. Women also paired it with the cloth bags, or jholas, as shown in the movie. 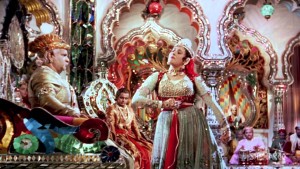 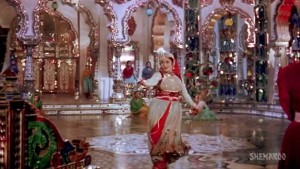 Introduced during the Mughal era and popularized by the Bollywood divas, the Anarkali suit is a gorgeous form of ethnic wear admired by Indian women. While the word actually means “pomegranate blossom”, according to popular folklore, Anarkali was a famous courtesan in Emperor Akbar’s court. The dresses worn by the courtesans back then were known as mujra dresses, but later got renamed as Anarkali Suits in her honour.  The dress was introduced into mainstream fashion by the movie “Mughal-e-Azam”. Though the trend had almost faded for a few years after that, it has now made a ravishing come back into the world of fashion. 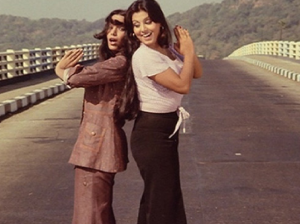 The Bohemian inspired fashion trend of bell bottom pants was a rage during the 70’s, thanks to movies like Hare Krishna Hare Rama, Parvarish and Trishul. People thronged the streets, wearing the flared pants with loose peasant tops, or tucked-in shirts, and over sized sunglasses. 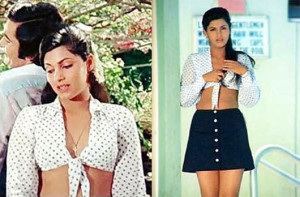 The polka dot print was famously renamed as “Bobby” print in India, after it was worn by Dimple Kapadia in the 1973 teenage romance film, Bobby. Her white polka-dotted shirt and black mini skirt became a wardrobe must-have of the girls of that time. 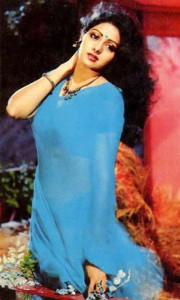 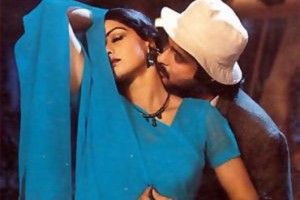 Sridevi set the temperatures soaring when she wore a simple blue chiffon saree in the song “Kaate nahi kat te” in the movie Mr. India. She certainly managed to revamp the stereotypical “plain-Jane” image that was earlier associated with sarees. 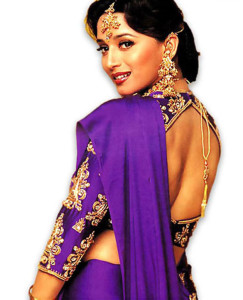 Bollywood’s Dhak-Dhak girl, Madhuri Dixit, dazzled in a purple satin saree paired with an embroidered backless blouse and heavy gold jewellery. And needless to say, the style was soon copied extensively by women at weddings. From her hairdo, the backless pattern of the blouse, to the draping of the saree, everything was copied down to the T. 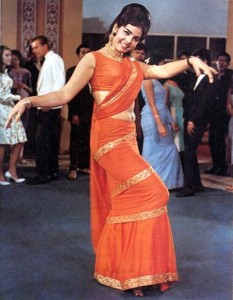 The Mumtaz style saree came in vogue after yesteryear’s actress Mumtaz flaunted it in the popular song Aj kal tere mere pyaar ke charche. The style was unusual, and involved draping the saree around the lower body several times, to get a narrow and dramatic look and flinging the pallu over the shoulder.

Fashion Student. Ardent pet lover and foodie. Follow me on Google Plus