The junk food trend has caught up like wild fire and with all those fatty and calorie-filled dishes its becoming harder to maintain a fit and healthy body day-by-day. So much so that it often leads to serious health issues like diabetes, PCOS, high blood pressure, high sugar level, obesity,etc. So for all of you health freaks out there who don’t want to compromise on their occasional hunger pangs while still filling their tummies, here are a few low calorie and easy to make snacks.

Because it contains more air, whipped cream cheese has fewer calories per scoop than the regular stuff. Also, cucumbers are a great source of water so they can help one de-bloat. The quantities per serving are: 100 cal, 2g protein, 8g fat(5g sat), 4g sugar, 125mg sodium and 1g fibre. 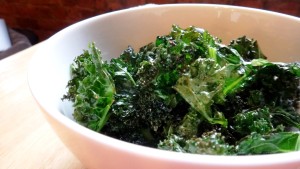 Kale is a good source of vitamins A,C and K in addition to calcium and fibre. So skip those fat filled chips and move over to this munchy home made veggie version instead. 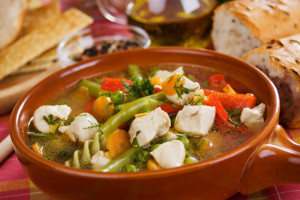 A clear beef, chicken, seafood or vegetable broth is one of the healthiest paths to a nourished and filled stomach with almost zero calories, especially if you add lean meat and leafy greens. Its also considered “high volume food” which means that you can consume large amounts without gaining many calories and still fill your stomach. 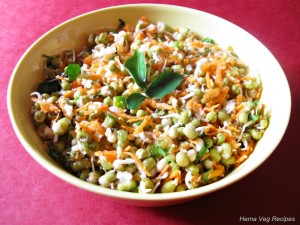 This snack is the most commonly known for a healthy meal especially for diabetic and heart patients. It has a very simple and easy to make dressing which calls only for low-fat curds and lemon juice. Lettuce and sprouts apart from adding a nice crunch to it also add vitamin-C. Sprouts have a high nutrient content, thereby topping the list of nutritional foods. You can ‘costumize’ this dish according to your taste by adding a little bit of chaat masala, or a handful of dates, boiled corn or peanuts. Sluurrrpp! 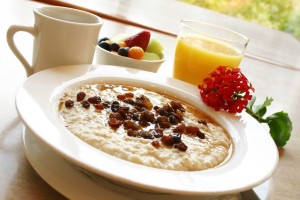 A healthy and convincingly filling breakfast meal, porridge is very easy to make and hardly takes more than 5-6 minutes. Empty the oats in a saucepan, add milk and some water, add a pinch of salt, bring to boil and stir from time to time to avoid the formation of any lumps. This will take a maximum of 5-6 minutes. You can also try making this in a microwave with the appropriate settings. 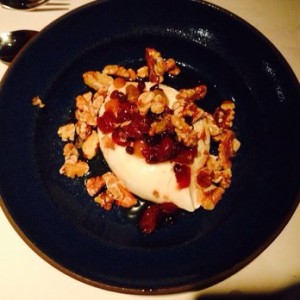 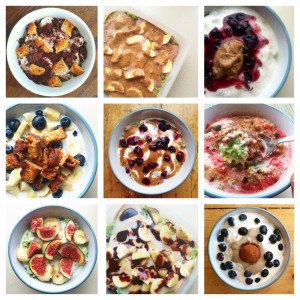 Its a healthy fruit compote with fat free yogurt and keeps your energy levels high from breakfast to lunch time. The ingredients include dried fruits(like apricots, cherries and sultanas), cinnamon, fat free yogurt, apple juice and granola. First put the dried fruit in a small pan with the cinnamon and apple juice and then stir for 5 minutes until the apple juice is syrupy. Remove from the heat and allow to cool. Then divide the yogurt into four bowls and top it with compote and granola. 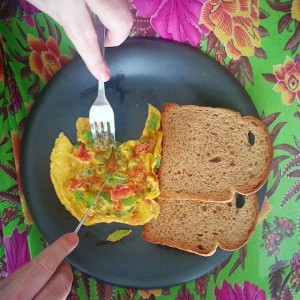 This simple and quick meal is a regular and nutritious dish cooked in almost every household. You just need to make an omelette with egg whites, add shredded onions, little salt and pepper to it and garnish it with coriander leaves to give it an extra taste. Serve with whole wheat bread slices. 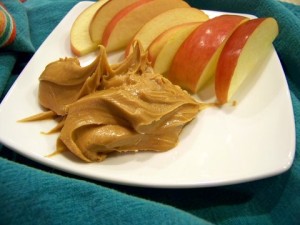 For every half an apple, slice and dip it in one teaspoon of peanut butter. You can prepare this simple dish for a number of people in a jiffy!