The evergreen, red-carpet favorite of Bollywood beauties has always been the sari. Why not!? It’s traditional, it’s elegant and sexy, a tough competition to the Hollywood gown. But the sari is not just an Indian fashion staple, anymore. Over the years, a host of firangi divas have chosen this sari-draped traditional avatar to prove exactly THAT. To effortlessly carry a sari can be quite a task for an outsider ( read: Former Miss Universe, Stefanía Fernández  ), but as for our compiled list of ladies,  from actresses to models to (yes!) athletes, they pulled it off gracefully. As good as any other desi girl. 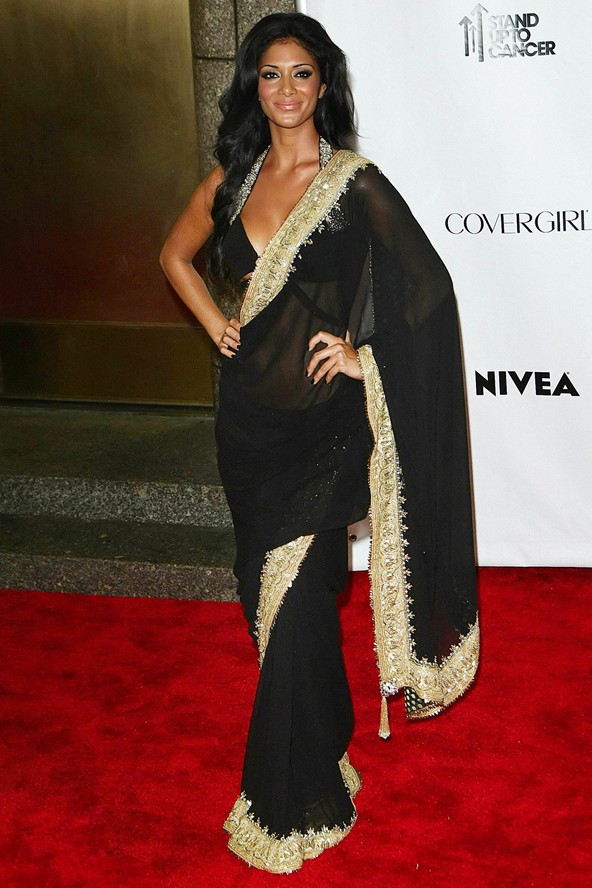 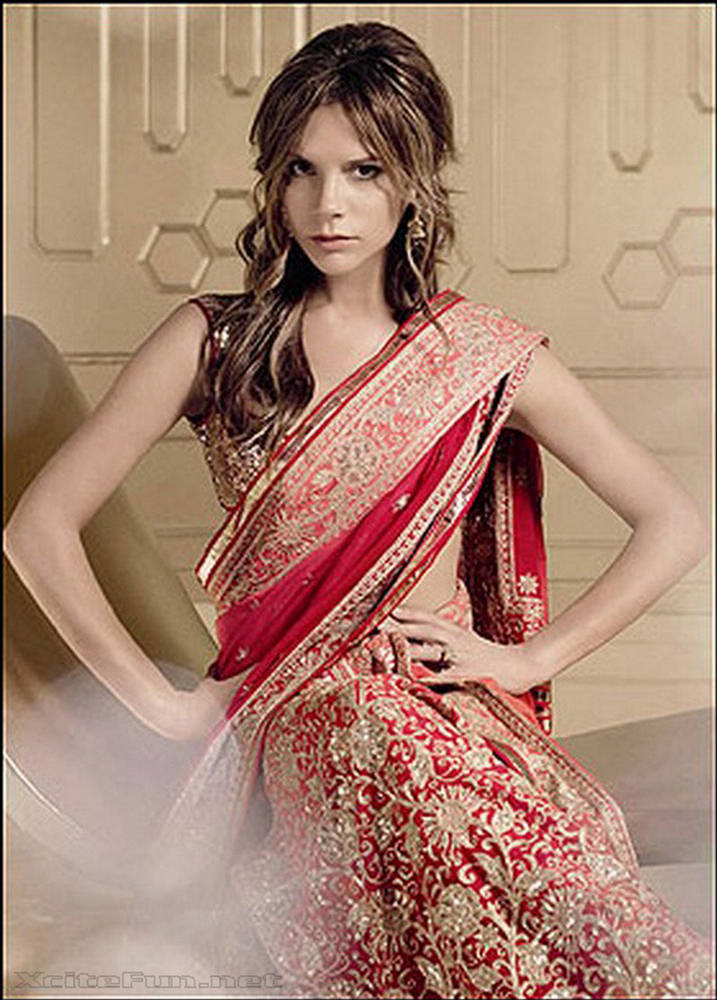 Former Spice Girl, Victoria “Posh” Beckham did this memorable photo shoot for Vogue India’s Bridal issue. Draped in a red with rich golden artwork sari by designers Abu Jani and Sandeep Khosla, and posing as a bride, she looked and felt (in her own words), ” like an Indian Princess”. 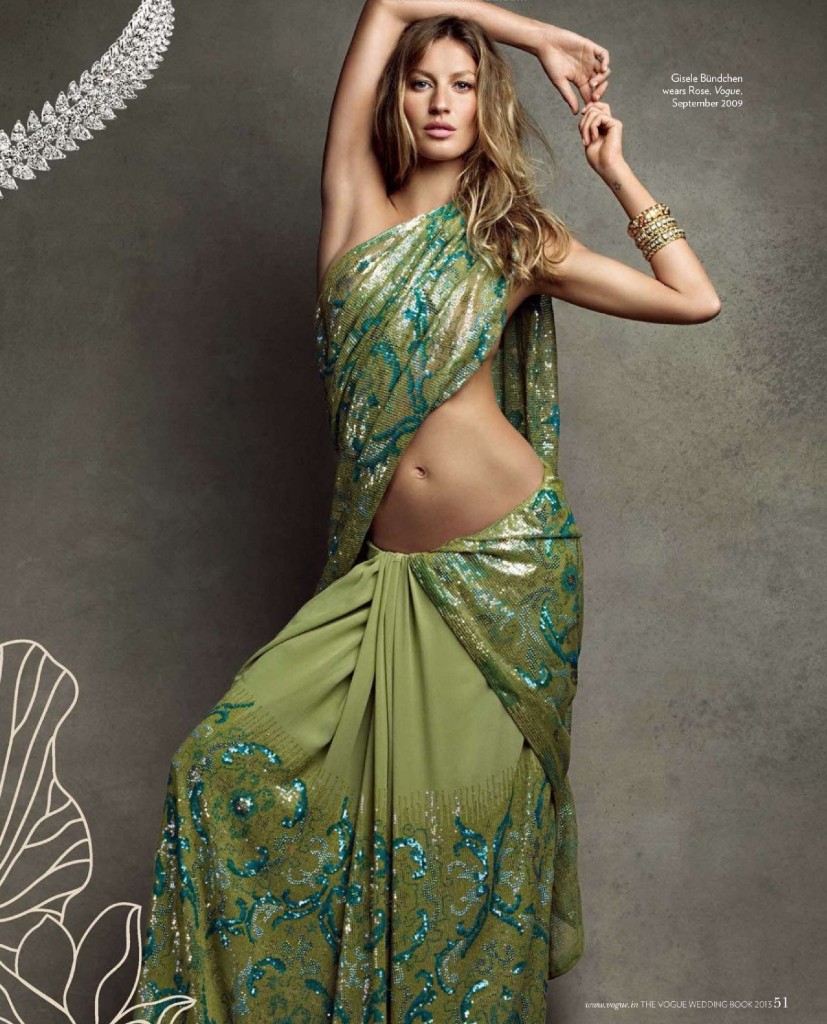 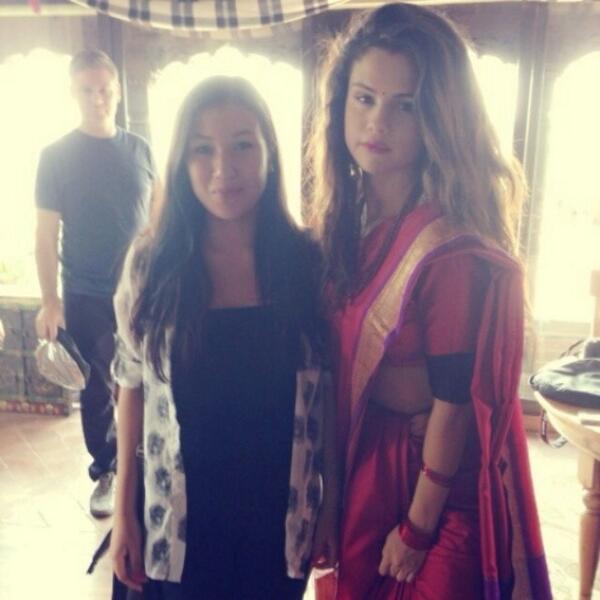 If you haven’t already watched Selena Gomez’s music video for “Come and Get it”, this is a  photo of her wearing a pink sari with a bindi,  posted by her via Instagram,  while she was on a mission in Nepal as a UNICEF Goodwill ambassador.

Despite the bindi controversy, she seemed unperturbed as the pic was wittily captioned ” Sari, no Sari “.( pun intended! ) 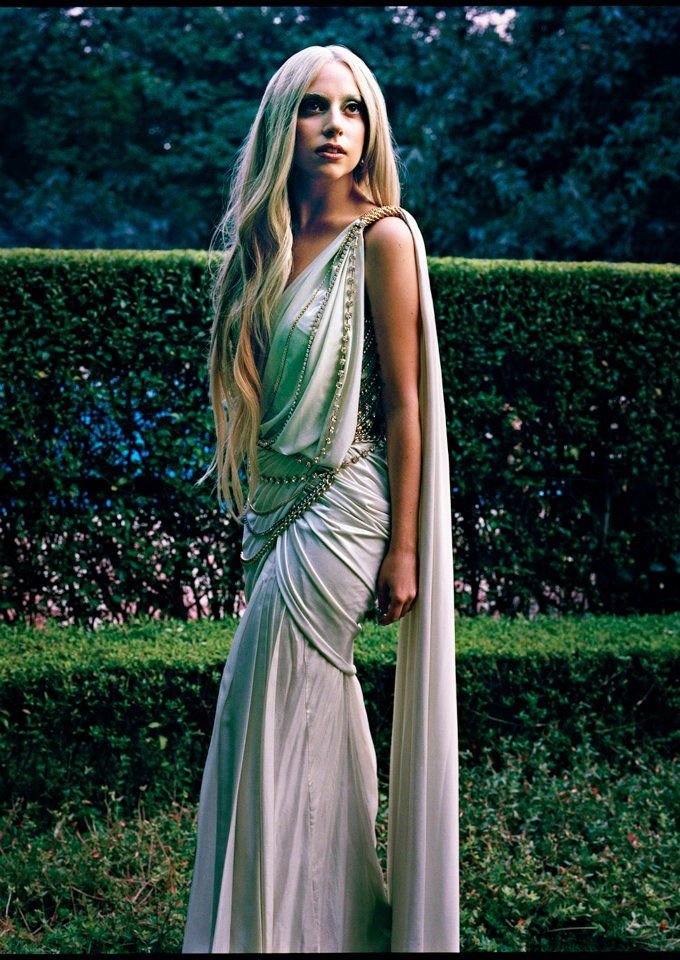 One of the weirdest or say, the most eclectic personality Lady Gaga,  sure shocked us with her fashion prowess in this angelic Tarun Tahiliani design. 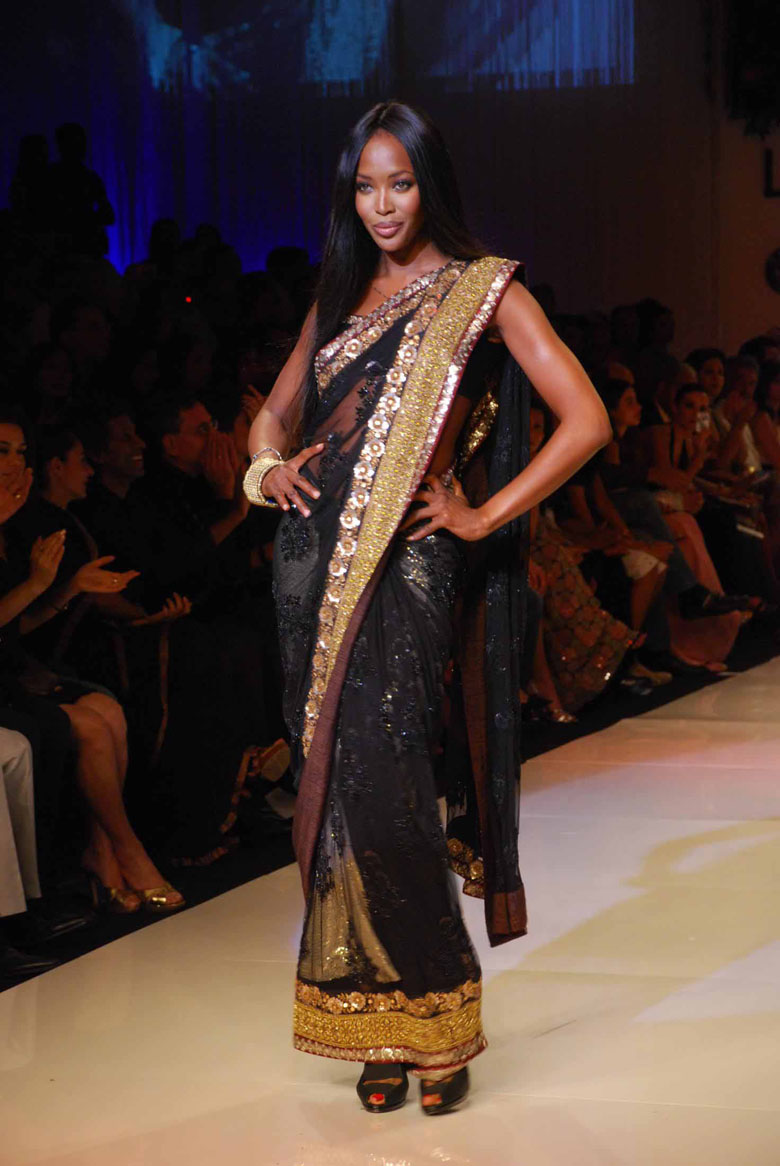 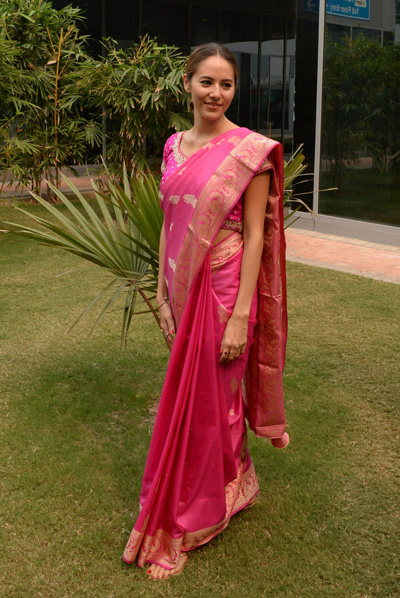 Japanese-Argentinian model and the girlfriend of McLaren driver Jenson Button, Jessica Michibata was the center of attraction during the Formula 1 Indian Grand Prix 2013, draped  in a traditional pink sari.  And we know why. 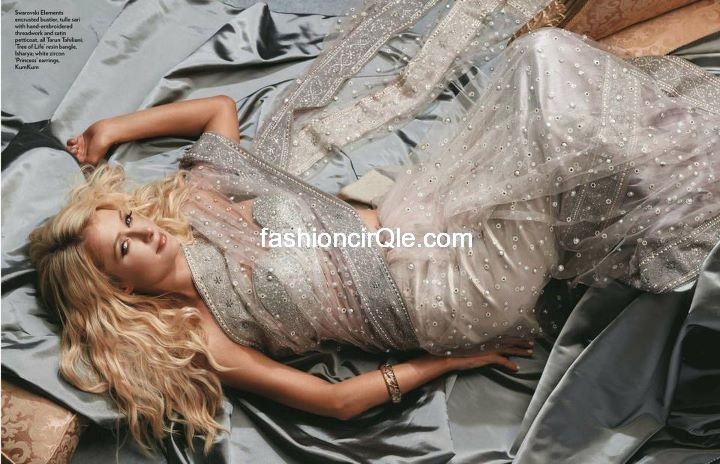 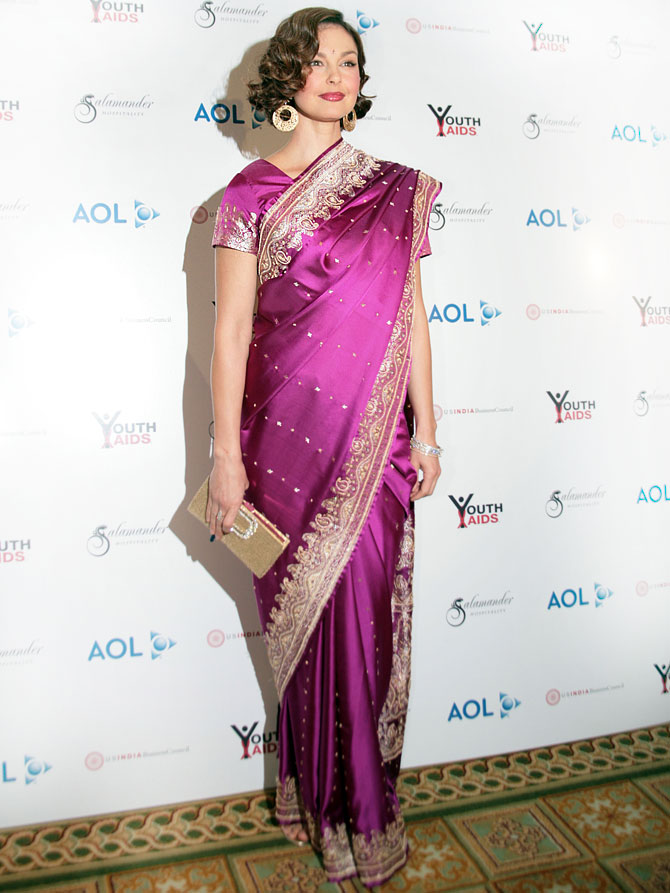 American actress Ashley Judd made us go WOW because of this gorgeous red carpet appearance in a purple Benarasi sari at the YouthAIDS Benefit Gala. Doesn’t she look so Indian-esque? 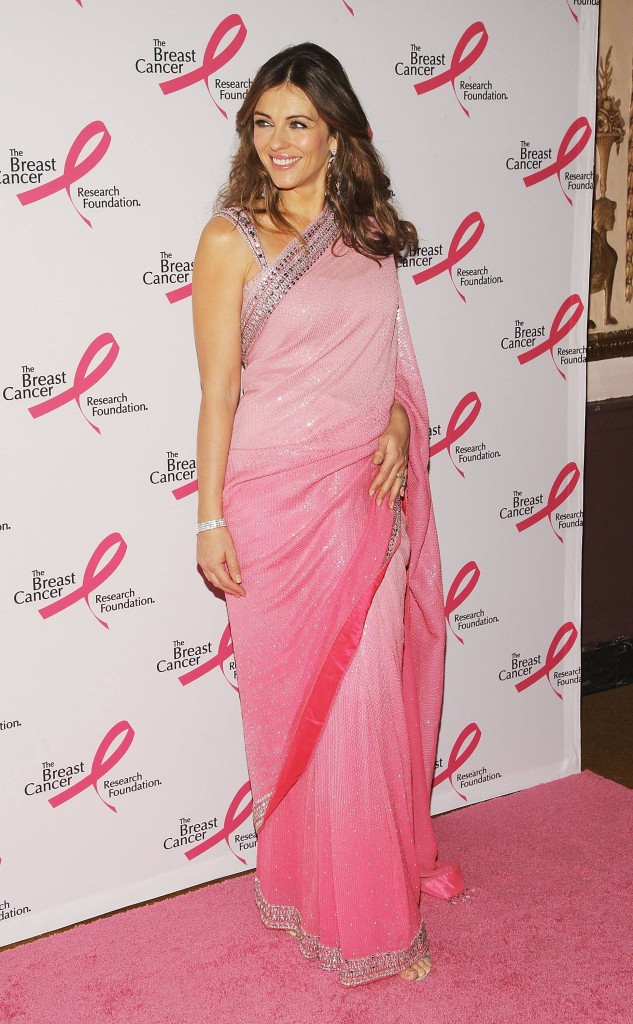 There is no dearth of a Liz Hurley- in-a-sari pic over the internet. Who can ever forget that sari sans bra appearance? But, in this photo of Liz at a breast cancer awareness event, bedecked in a pink sari with silver embellished border and the pallu draped in the right way, she looks  absolutely stunning.

Russian Tennis player Anna Kournikova looking lovely in a baby blue, cotton sari coupled with a simple halter blouse. Gosh! And we here thought that saris are for the so-called “über” feminine .

So, as for your final thoughts. Yay or Nay?