Four film old Alia Bhatt has now grown up in Bollywood. She is now known as the youngest Fashion Diva in Bollywood. The 21 year old actress has reached the top at an early age as compared to her Bollywood counterparts. Alia is a very bubbly and fresh looking girl. The Bhatt girl is no less than a model and has turned showstopper for several leading designers at major fashion events. After playing a student in her debut film ‘ Student of The Year ‘, a kidnapped rich girl in ‘Highway’, an IIM pass out in ‘2 States’ and the going to be bride in ‘ Humpty Sharma ki Dulhania ‘. Alia Bhatt has extremely cute looks with an amazing sense of styles.  Alia Bhatt has surely become the Fashion Icon for the teens with her fresh and stylish fashion statements. Alia Bhatt is one of the leading fahionistas in B-town. The Diva is blessed with a frame that can pull off any attire. There surely is something innocent yet diva-ish about Alia.
So let’s find out how the diva gets her amazing looks. 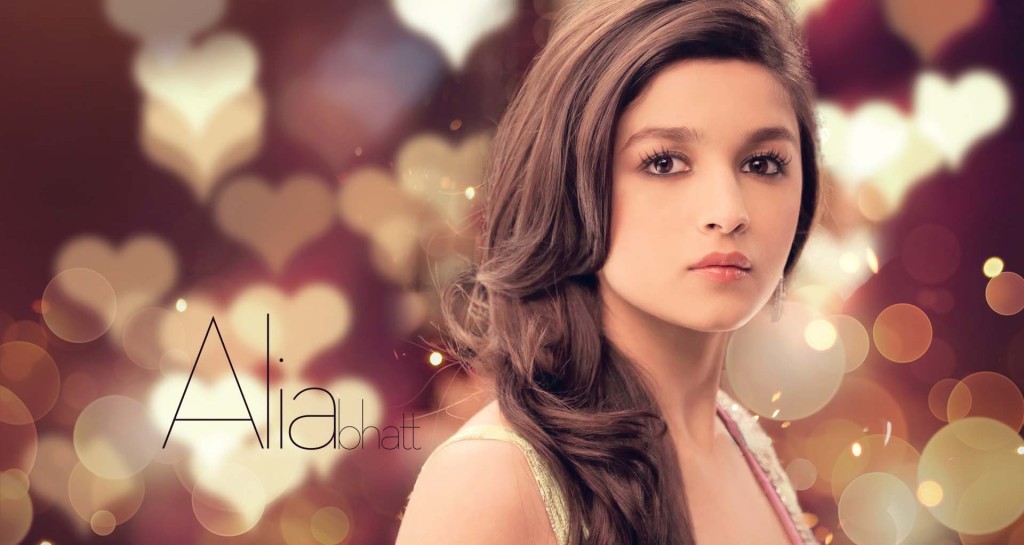 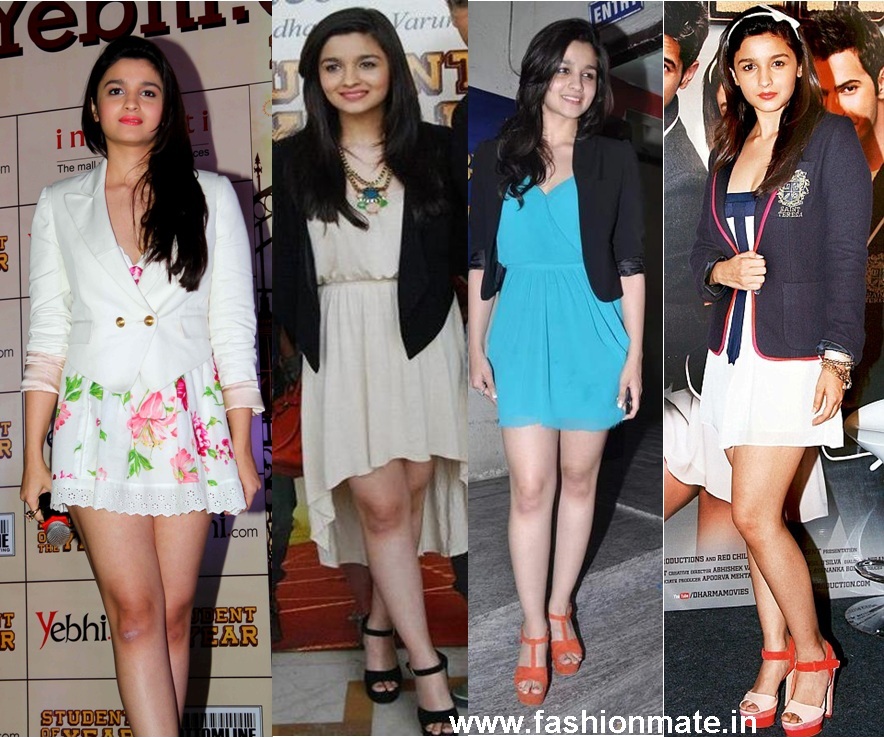 Alia Bhatt simply love blazers. As she pairs them over dresses, trousers and infact with everything she can. She was seen dazzling a lot number of Blazers during promotions of 2 States as well as Student of The Year. Alia smartly pairs up dresses with short blazers. 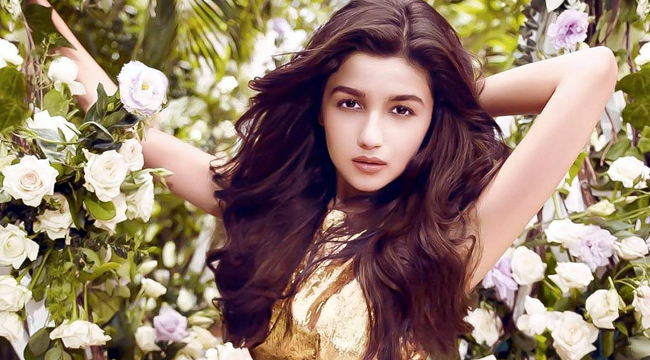 Alia Bhatt hairdos are especially inspirational for teens. Alia Bhatt is most often seen sporting simple hairstyles like messy hair, simple pony, hairband style, half up half down and the undone braids.

Giving her denims and dresses a break, Alia also picks up DESI LOOK at times. She also prefers wearing Indian fusion teaming up short Kurtis with jeans. Alia Bhatt looked fabulous sporting her fresh faced Punjabi Kudi looks. Alia often complements her Indian outfit with simple hair and makeup. She looks gorgeous and trendy in an Indian attire. She was spotted in traditional outfit in 2 States and she looked a Desi chick in Humpty Sharma ki Dulhania. 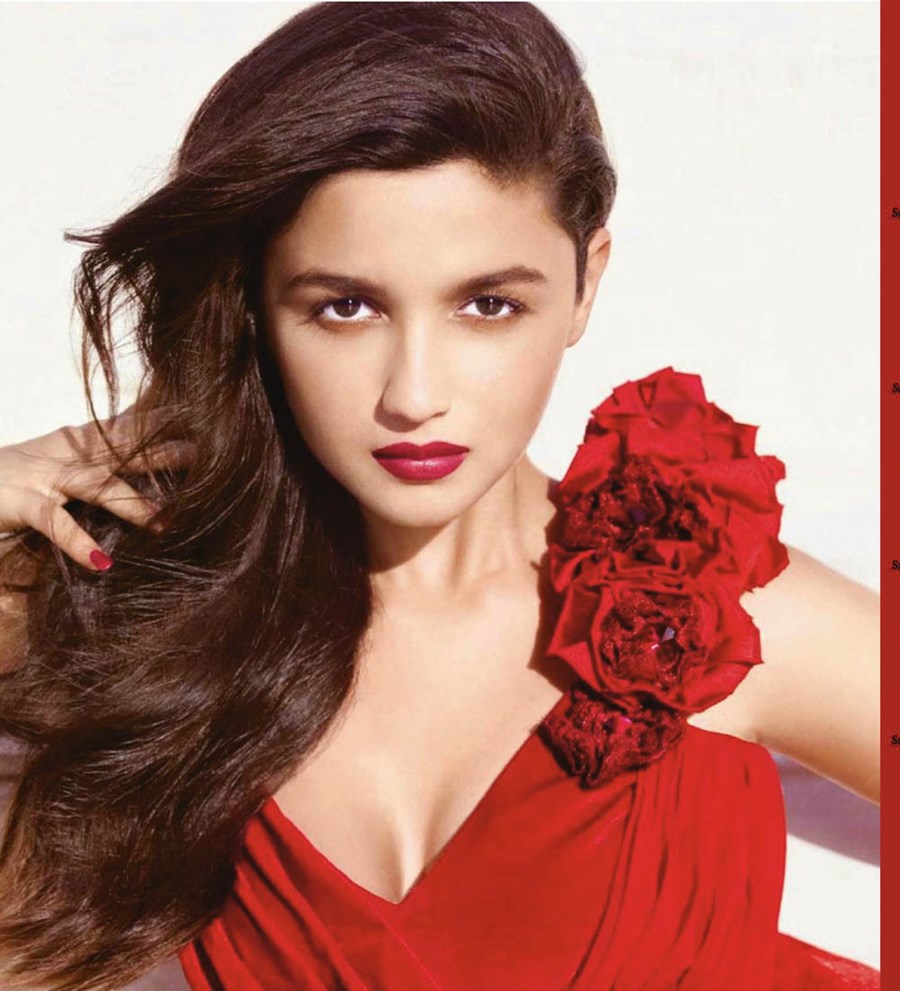 You can’t go wrong with a dramatic red or pink pout. The best part is you can wear it in any texture that suits you. The baby doll Alia often wears matte lip color in bold colors defined neatly by a lip liner. 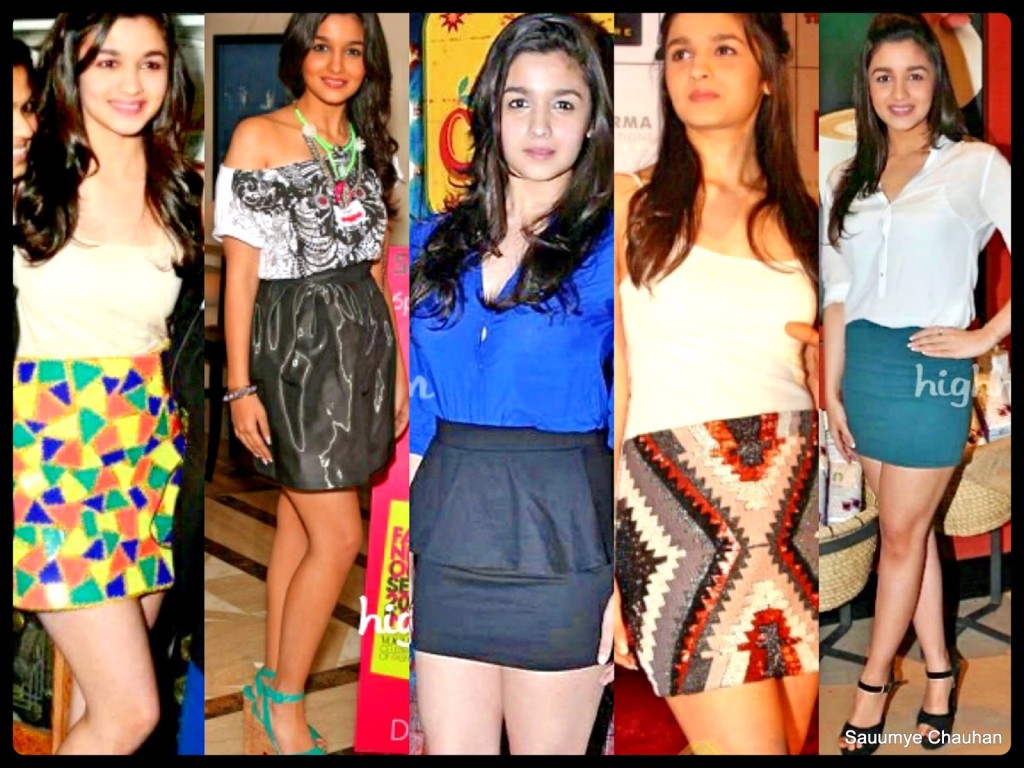 Alia loves to flaunt her legs. To get the sizzling look Alia often wears short and bold skirts. She pairs skirts with a good pair of heels to get the oomph factor. She is rarely spotted wearing flats, she wears high heels that are smart and trendy. 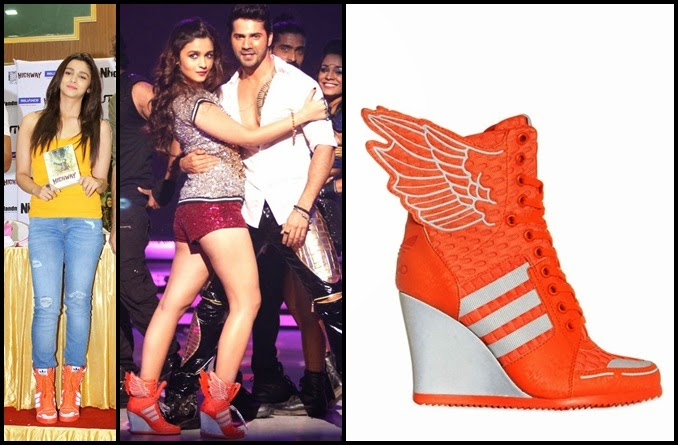 Alia Bhatt mostly prefers keeping it simple and natural. She likes to wear matte lipstick and they look super glamorous on her. She loves to keep it natural with BB cream, Kajal and lip balm. 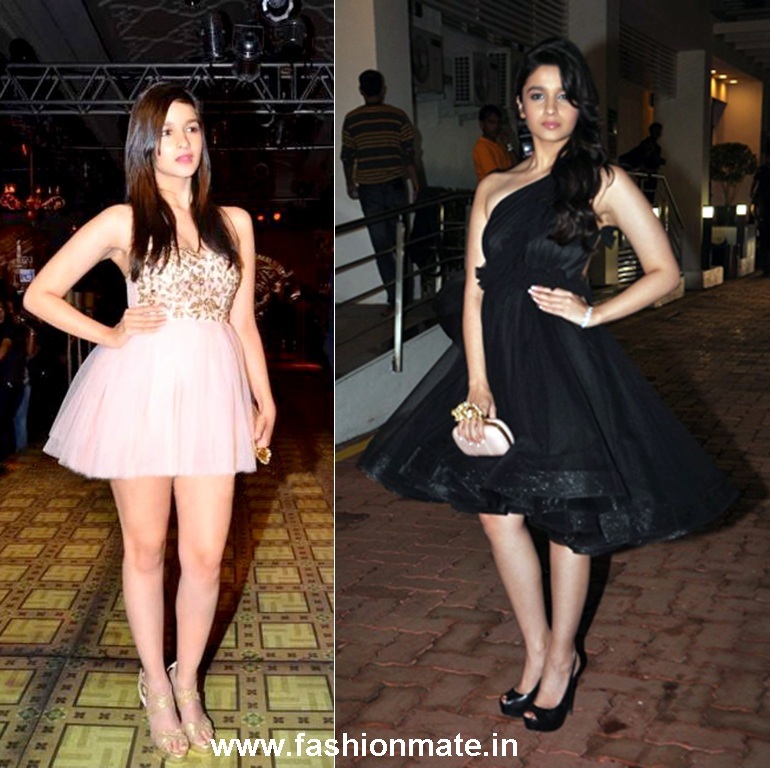 Alia Bhatt has been spotted wearing cute little dresses be it for casual wears or at parties. She was seen wearing dresses in a lot of B-town events, Parties, Promotional events, in her movies etc. She surely flatters everyone with her looks in these short dresses.