We all know the Golden Globe Awards took place on 10th January 2016 at the the Beverly Hilton hotel. The red carpet was crowded with the biggest stars in Hollywood on one of the biggest nights of Hollywood. There were big wins in store for Revenant and The Martian, but it’s the red carpet looks that took it all away. It was a starry night, with some GREAT looks and some Pathetic looks, here’s some of the yays and nays from the award night.

Let’s start with a winner! 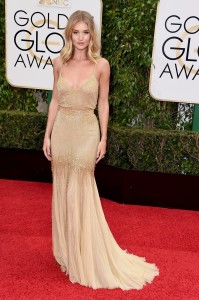 Rosie dominated the red carpet with this Alterier Versace gown with Jimmy Choo heels. This dress on anyone else would’ve probably looked slightly off, the shimmer top with the awkward bottom isn’t her best look, but her make up and no accessory look was outstanding. 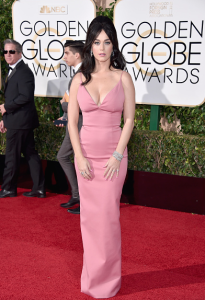 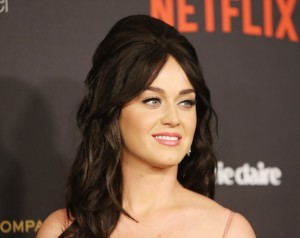 Katy Perry’s Prada gown was sophisticated as the pink complemented her subtle vibe. The make up was definitely on point with just a pinch of pink to her cheeks and lips. The hair though! It was out of place. The dress looked modern and sexy while the hair, on a tangent, seemed to bring the 60’s back into 2016. 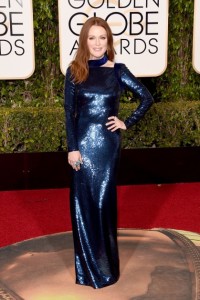 Julianne’s Tom Ford number, was so in trend with the stunning sequinned pattern, but the gown almost seemed monotonous with the awkward neckline. The Red hair and the blue just wasn’t working out for her. 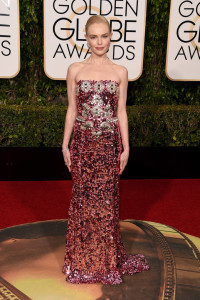 BUT! what’s worse is Kate Bosworth’s Dolce and Gabbana gown. It almost seems blinding with way too much sequinned patterns. So we give this one to Julianne! 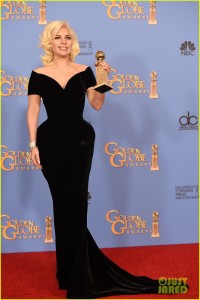 Gone are the days when Lady Gaga wore meat dresses and outfits made from hair. She’s reached the point where sophistication comes to her naturally. She wore an Alterier Versace gown with Brian Atwood heels. This is the second Versace gown we’re seeing and it’s beautiful!

The simplicity makes her stand out in a good way! and the all black makes her blonde hair pop, the minimal accessories complement her beautifully and all we can say is,  THIS IS A WINNER. Marilyn Monroe, right in the feels! 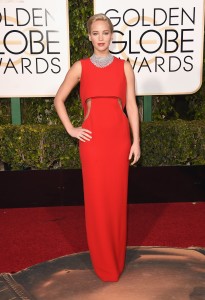 JLaw can never do wrong, after falling at the Golden Globes last year, she’s picked herself up and BAM! The red Dior couture is fabulous. It speak volumes with  new, interesting cuts showcasing side abs! The jewellery is amazing and the hair is just so on fleek.

She’s totally pulling this off with her aura of flawlessness. 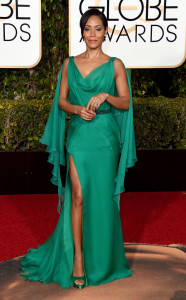 Jada Pinkett Smith is amazing, her toned arms and strong posture are always something to die for! The capes have been big on the red carpet but this outfit is just so out of place! The frills and thigh high cut just take the attention away from each other. The outfit is just so busy! and the draping neck makes it busier! This Alterier Versace look just wasn’t as great as its predecessors but what we can say is the Jimmy Choo heels are perfect! 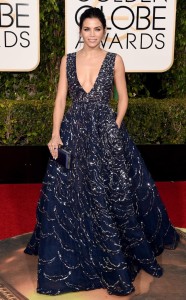 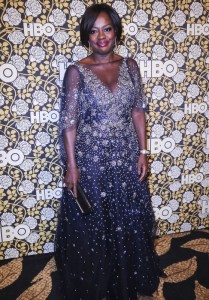 Jenna Dewan Tatum’s number outshines Viola’s marchesa gown. The color palette is very similar and so are the sparkles but Jenna’s Zuhair Murah gown is spectacular. It’s by far one of the most risque looks but she wears it magnificently. The gown, the hair, the clutch, the neutral make up looks heavenly while Viola’s reddish lips don’t suit her gown. The sheer on top of the already shiny gown just crowds out vision a bit too much. The jewellery is at its maximum and just makes the outfit look very congested.

Next up: The woman that can do no wrong, 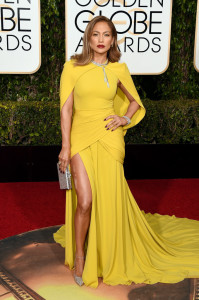 This is the only caped outfit that worked at the Golden Globes. Jlo always has been at pace with every trend. The cape that no one else could work, looks remarkable on her. The red lips, the sparkling diamonds, the studded clutch and Jimmy Choo heels complete Giam Battistavalli’s gown. The thigh high slit just adds an element of sexiness to her already superior aura. The hair is just perfect, its shoulder length cut just begins the outfit with a BANG! A COMPLETE WINNER. 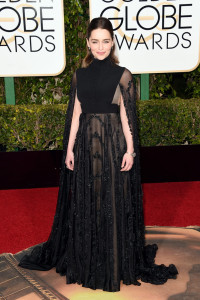 the sheer is beautiful but the buttoned top just doesn’t fit! The cape adds to the mess. This Valentino Haute Couture gown is a mess. 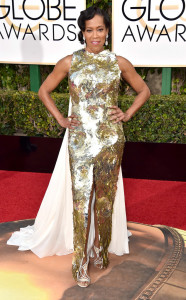 By far, one of the worst looks on the red carpet. The cape just made her look like an overdressed superhero. Regina failed this Krikor Jabotian gown. 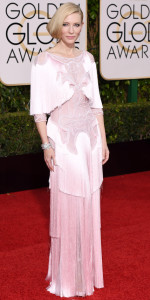 Cate Blanchett‘s Givenchy gown was the worst look of the night. The tassels are just so odd, and the lace patterning is absolute disaster. The simple pink Ombré would’ve been a great color palette for a simple gown, the details just ruined the look. 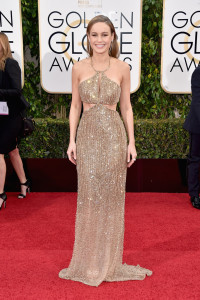 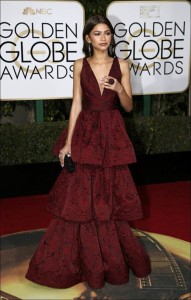 Zendaya and Brie Larson ruled the red carpet, they looked absolutely sensational. Brie’s Calvin Klein gown shimmered and made her glow. The exquisite cut to the top gown with the restrained side cuts made her look like a diva.

Zendaya took this tiered gown, that resembled a frock and turned it into a hot, stupendous outfit. The oversized ring, black clutch, deep neckline and loose curls just completed the look entirely. The pop of black in her earings matched her clutch and made this marchesa so much better than its predecessor.

SO there it is! The best and the worst looks of the Golden Globes red carpet!

Which one was your favourite?

on a rollarcoaster that only goes up! x