First dates. Nothing quite like a first date to give us butterflies and have our hearts pounding in excitement and anticipation. Of course, many of us require just a little advice on how to handle ourselves when out on that amazing hike or what to wear to a dinner invitation that says ‘relaxed formal’. More often than not, when you don’t get invited back for a second date, you think back to what you did wrong on the first one! No worries, we have a list that will never let you get into that particular situation… 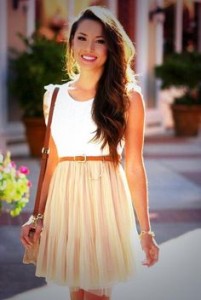 Can you imagine? Your crush has finally asked you out, and he planned the whole thing! He’s planning a relaxed movie night, and you show up in a glam beaded maxi dress. That will probably not be a good first impression. Put in the efforts required to look special, but make sure the the outfit matches the location of the date! Comfort is vital, keep that in mind when you’re torn between two pairs of shoes! There’s so much about a first date to be nervous about, but spending all night adjusting your outfit should not be one of them!

2. Be punctual, late is not fashionable! 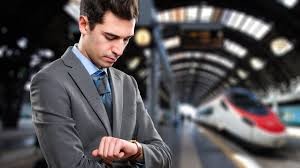 Ladies, it’s not ok to arrive at 9 to an 8 pm dinner reservation. OR to leave him standing outside your door for 45 minutes because your hair isn’t done. A few minutes is ok, but know where to draw the line! If there is a set time, stick to it, and make sure you don’t get off to a rocky start by being horribly late. And if there is a valid excuse, make sure to let him know! If you’re late the first time he’s invited you out, he’ll think twice before doing it again. 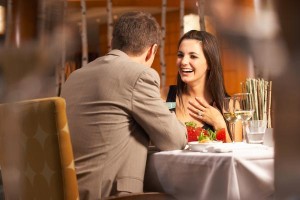 There is nothing more important than the getting to know you ritual for the first time you go out with someone. It tells you a lot about whether the guy is really your type, and you can also probably tell if he feels the same about you. Listen when he’s telling you about his mom, or his favourite football team(yes,this one too!) and tell him about your interests. If any one of you zones out or worse, pulls out their phone in the middle of the date, that’s a faux pas that’ll be hard to forgive. 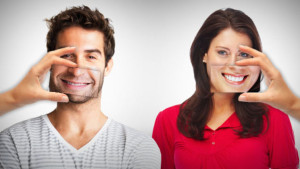 The best way to know whether he’s the guy for you is to be honest about yourself, and see if there is connection. If he’s into hockey, and you try and pretend like you love it when you don’t, that lie is going to fall apart sometime, and when it does, he’ll respect you less for it. There’s no need for ALL interests to be mutual, just talk about what you like, and listen you what he likes. Be yourself as much as possible. 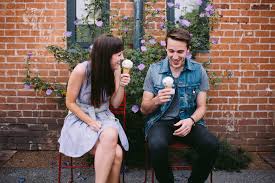 This one was what turned up when guys themselves were asked what  they wished women would do on a first date. If he takes you out to dinner, and you eat a teeny salad, you’re not proving anything, and you’re depriving yourself of a great meal! This doesn’t mean that you should order thirds of that dessert, but definitely don’t starve yourself, because it’s not impressing anyone! 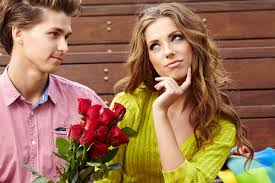 Women are famous for being extremely confusing to understand. That’s because we get ‘mysterious’ and ‘confusing’ all messed up. It’s a different thing to act a little aloof if he has the impression that you’re desperate for this date, but don’t mess with his head the entire time! Be genuine, it makes for a much more solid and lasting impression.

7. Clingy is the worst

Really. the WORST you can do on a first date is appear too clingy. Let him breathe, it’s the first time you’re out together. Men can be reticent and not want to share a lot about themselves. or they can be shy, or stressed out, or a million things. Don’t ask too much from him and if he’s holding back, let him be. The first date is a casual thing, and do not get untimely ideas about long term relationships into your head. That will make you expect too much out of it. 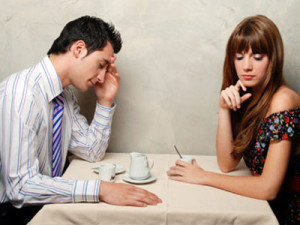 Yes, we know you really love your new shoes, and they’re Jimmy Choos?! But that is the last thing a man will want to talk about. In general, bragging tends to make the other person feel uncomfortable and inadequate. If the restaurant you’re at isn’t the greatest, or the picnic he’s made you doesn’t taste amazing, keep it to yourself! Equally bad is to argue over facts or news. Yes, it’s great you both think you’re right, but this a date, not a debate. Find the difference between a healthy discussion and outright bickering. 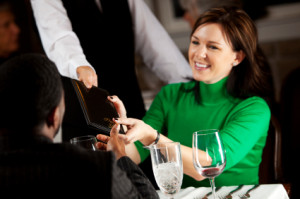 This one is a gem, girls! Use it and his chances of being impressed are dramatically increased. Men tend to admire a woman who can take care of herself, and even though he probably is planning to sign the cheque, he’ll love it that you asked! And if he does take you up on that offer, make sure it’s not an empty one and fork over the cash. After all, if we ask for equality, we must be ready to split the bill. 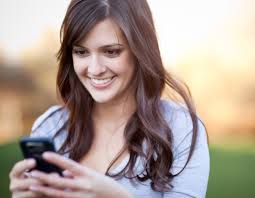 IF a guy wants the second date to happen, he will make it happen. It’s what we learnt from countless movies and novels. And it’s true! If you had a good time, if he found a connection, he’ll call or text, but you texting him the very next day or *gasp* that night makes him think of you as overenthusiastic, and then he might just lose his own interest. Let him come to you in his own time, and take the hint if he doesn’t!

An engineering student looking to make the shift into journalism. Interested in writing about fashion, gadgets and tech, and really any other topic that will give me the opportunity to write.