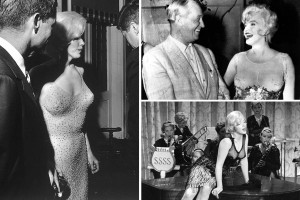 We’ve all seen these, because of the excessive media coverage it attains whenever a celebrity does the dashing act of wearing a naked dress! And as crazy as it may sound, this unattainable look is quite in trend these days. To be clear it isn’t anything new or inventive, Marilyn Monroe was possibly the original celeb credited to starting the trend. She was fairly famous for wearing dresses that left little to the imagination while performing crooning numbers like Some Like It Hot and also, while singing birthday greetings to President Kennedy in 1962. 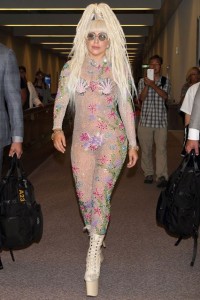 So what is the naked dress, you ask? Why, yes it is a dress of course! And it is laden with jewels, feathers and sequins that won’t necessarily cover you up but hides all the x-rated bits of your body.
So doesn’t it single handedly defeat the purpose of its existence all by its own? Well, yes it does.
Then why are we talking about? Because it is quite a fascinating trend you see, a trend that is literally surviving through about a dozen humans on this planet. And it is quite crazy since we’re all taught that a trend translates to what is accepted by the ‘masses’ at a given point of time! 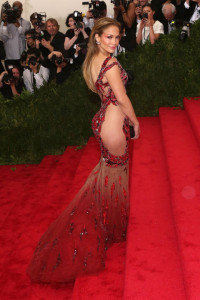 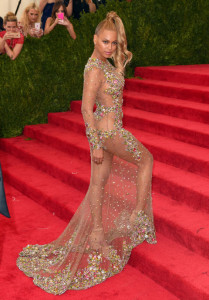 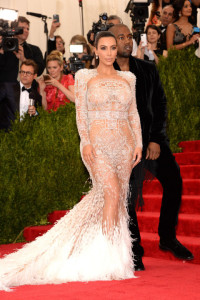 But defying all odds, the naked dress is in fact a trend and a trend that doesn’t seem go away. Because it is one of those things that will never be done by the masses and will never follow the cycle of becoming a fashion passe. And so, we common folk sit down with popcorn and keep getting fascinated with this look that is only and only meant for the red carpet-y events, unless you’re Lady Gaga from say, 2011. Above, you have 3 divas at the 2015 Met Gala absolutely killing it in their perfect bodies and bespoke tailored outfits looking like a million bucks! 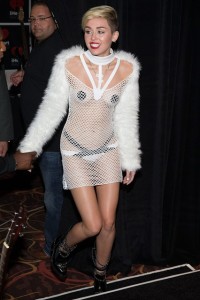 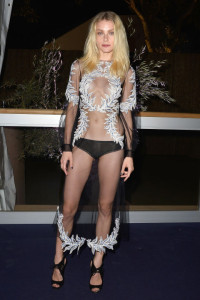 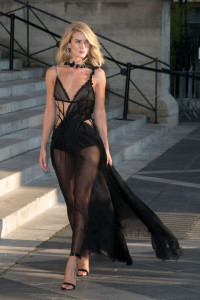 Miley Cyrus at the iHeartRadio Music Festival 2002, a look I would much rather not talk about. Jessica Stam at the Leonardo Dicaprio Foundation 2nd Annual Saint-Tropez Gala. Rosie Huntington-Whiteley at the Versace Couture Show and hey, she looks quite ravishing. 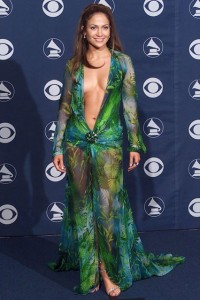 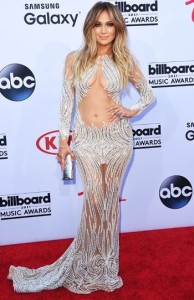 Shoutout to Jennifer Lopez for never failing to impress in the naked dress, she seems to always get it right! No matter if it the Oscars years ago in Versace or her 46th birthday celebrated in the Hamptons a few weeks ago. 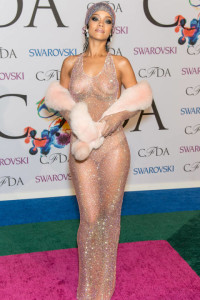 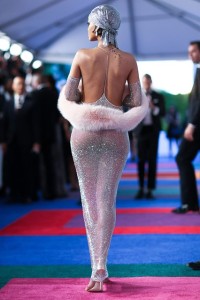 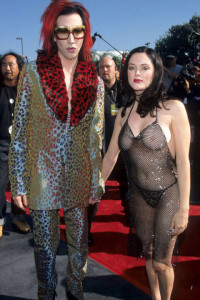 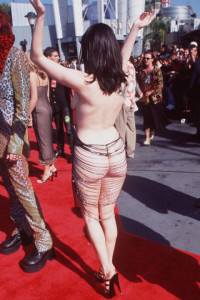 And how can I not mention Rihanna at the CFDA Fashion Awards 2014 collecting her award for style icon of the year in arguably one of the most naked number on this list! Since we’re talking most naked you have, Rose McGowan at 1998 MTV Video Music Awards. 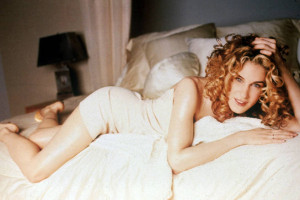 Digging further into the 90s, all Sex And The City will remember Sarah Jessica Parker as Carrie Bradshaw wearing this DKNY dress and receiving some raised eyebrows from all her girlfriends (even Samantha). 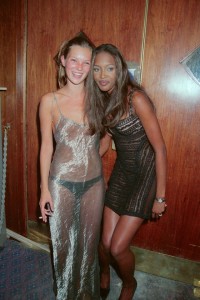 Last but clearly not the least, Kate Moss and Naomi Campbell at the Elite Model Agency party in London, 1993.

So should you try this? Well if you have the money to spend on a custom designed and tailored couture dress made for you, plus you have the body confidence for going sans clothing and you have places to go where it is acceptable to wear um, nothing? I say yes, who’s stopping you? Not me! But if you just wanna give it a tiny shot, there are plenty of semi-sheer options available that make you feel more than comfortable and they’re super sexy while being tasteful. So let’s just leave the naked dress to the red carpet celebs to whom it rightfully belongs!

I for one love my clothes and I would wear them because what’s a bigger joy than putting together the perfect outfit and being super proud of yourself for doing it without being exceptionally late. So I’m not hopping onto the naked dress wagon even if I had the means but sure, you can be my guest!