Kim Kardashian West surely has hooked all of us with her stunning looks…Famous for her Bootylicious curves, Kim Kardashian definitely has a sense of dressing for her figure. Her style has certainly transformed over the years and we’ve been there to catch every moment of it. Let’s have a look of how Kim was and what she is now…! 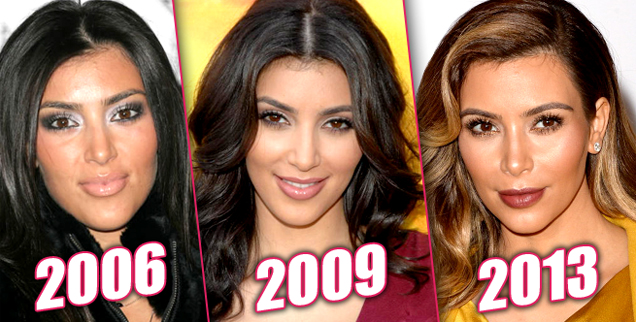 Love her or hate her, there’s no denying that this star surely has a way to make her presence. If there’s one women who knows her frame, it none other than Kim Kardashian. Celebrities do make fashion statements and at times break them too. The diva of great taste, fashion and style with a perfect 10 has also committed fashion suicides. Even Kim had her occasional share of criticisms over her dressing style and why not..? Because no one here is perfect..!
Although Kim Kardashian with her near impeccable fashion sense we still manage to spot a few disastrous appearances that Stun and Repel us.
We caught her on the wrong foot..! Even the invincible, couture lover and fashion queen Kim has had her share of bad slips in the world of fashion. But, these fashion fails are starting to out weight the good.
Lets have a look on these not so good for eyes edition. 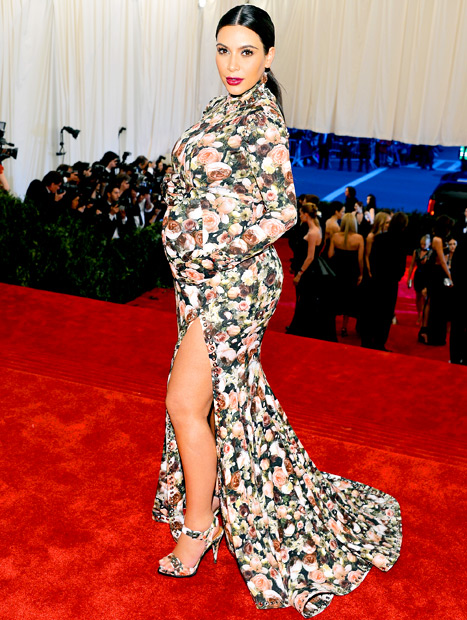 No idea what Kim was thinking while wearing this outfit because this outfit truly turns out to be a matchy chaos.The matching sleeve-glove things along with the turtleneck look just make this pattern horribly overbearing. 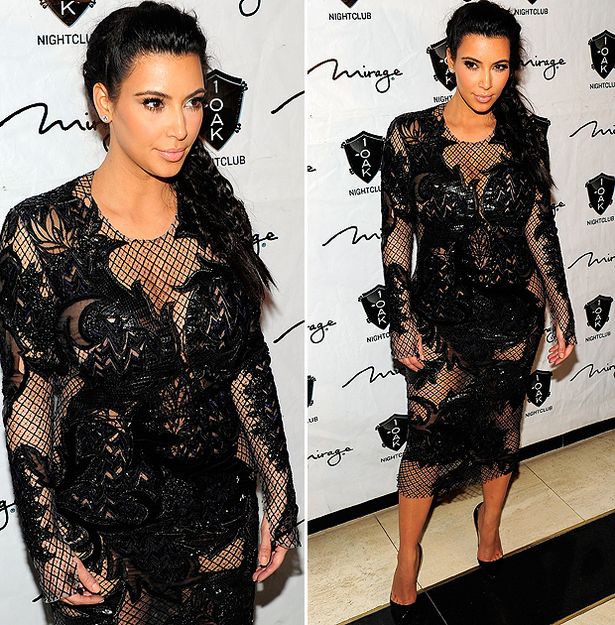 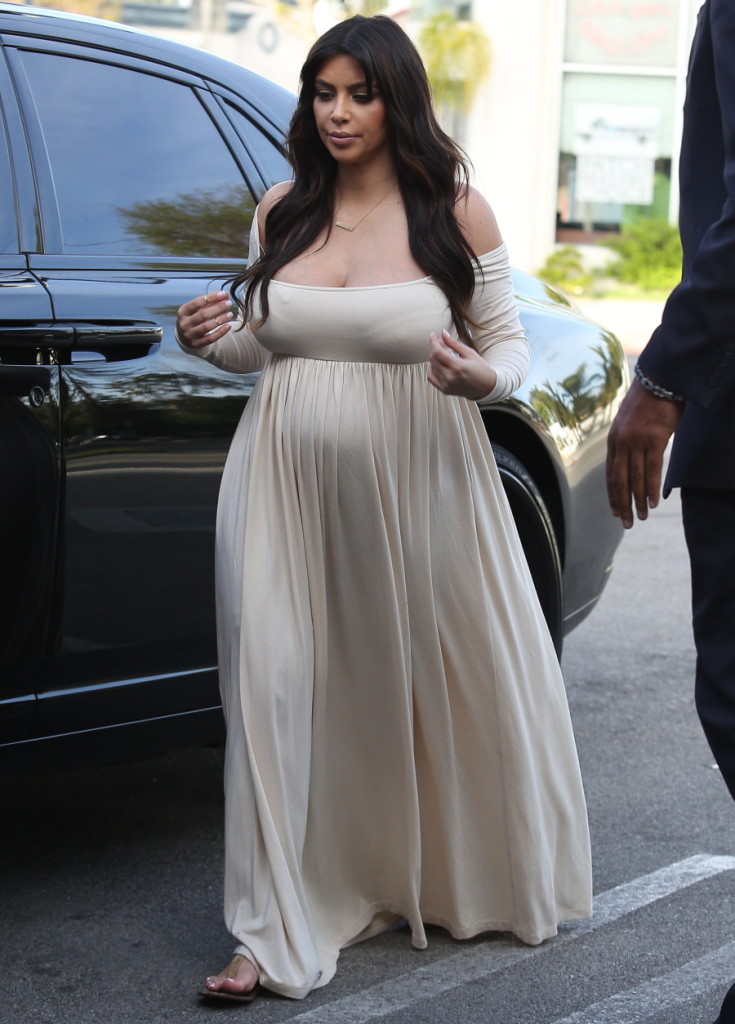 No one can figure out why did Kim step out in such a ill-fitted nude color frock showing off her baby bump. 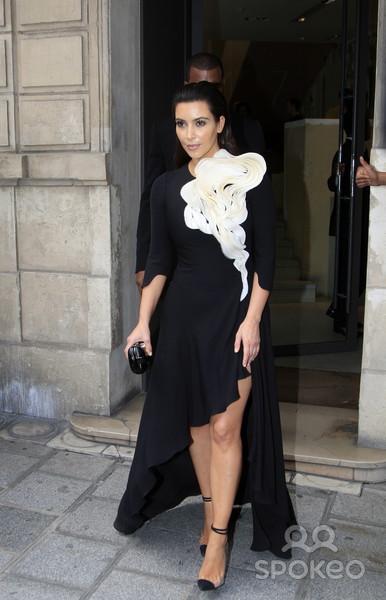 This ugly looking white flower has made this dress to be one of Kim’s most disastrous looks.

Kim flashing her Major side 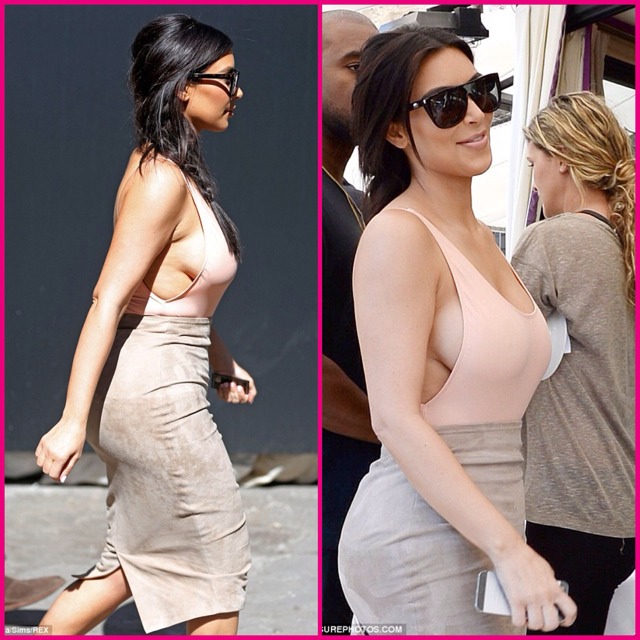 What was she thinking before going bra-less and showing off her major sides.

Kim Kardashian has a history of making daring fashion choices. Sometimes it pays off, and sometimes it doesn’t. Looks like Kim has left her underwear at home while heading for dinner with her hubby Kanye. 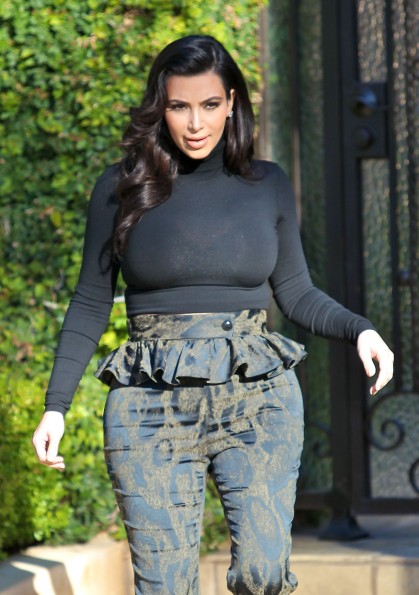 Is it so difficult for her to accept she is pregnant or does she really think she is that fashionable to pull off nice looks while pregnant?

When it comes to trends, Kim Kardashian has left none untouched. But, Kim surely doesn’t need to forget her size while experimenting with her looks because at times she wears things too tight or too big for her. 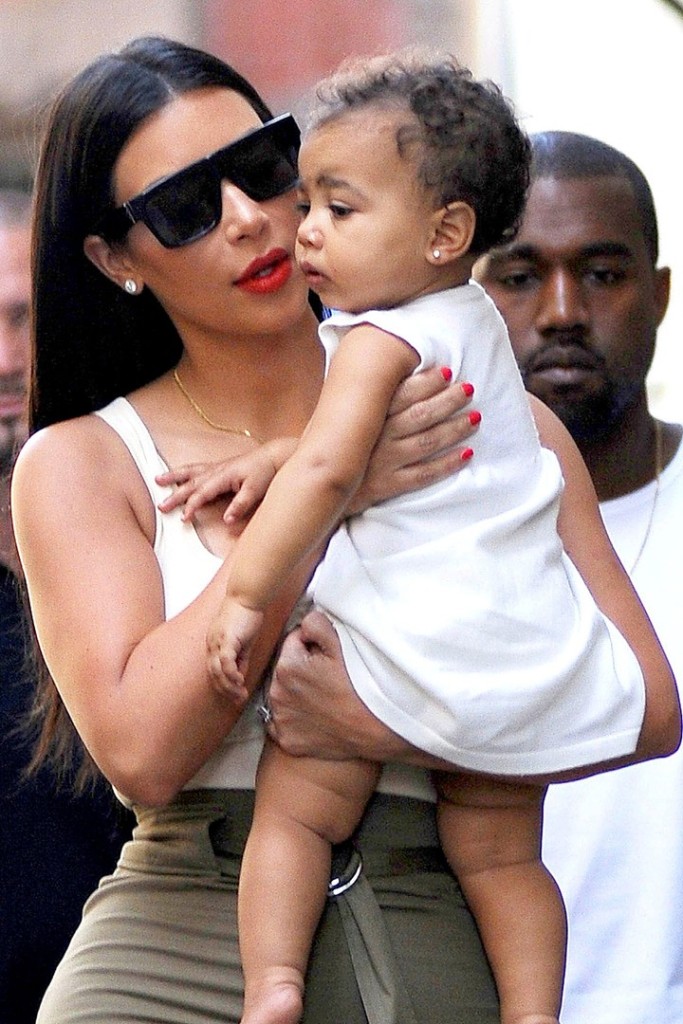 Finally, let’s hope that baby North West surely learns from her mother’s Fashion Faux Pas because Kim Kardashian certainly had a lot of them while experimenting with her looks.