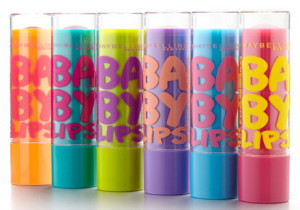 It has come a long way from being a petite mail order firm to an international enterprise worth millions of dollars. The company has been through an array of hardships since its inception in 1915, but gradually grew to be the company as we know it today, that is loved by more than half the world. 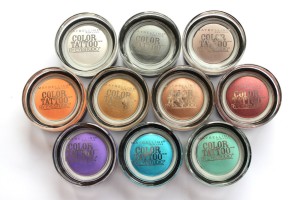 Originally, Maybelline was limited to selling eye make-up products. That was their only category. But after Lyle turned 70, he sold on the company. The people who now possessed it added in the lipsticks and nail polishes to its product line. 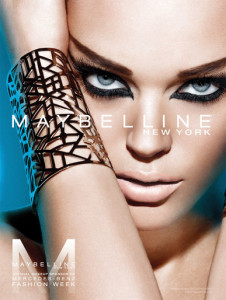 The famous tagline “Maybe she’s born with it. Maybe it’s Maybelline” associated with Maybelline by its new owners gained the company a lot of popularity and recognition when it came up in the year 1991. It is in fact a favourite among people today! Maybelline, after having have been acquired by the L’Oreal Group in 1996 for $660 Million, was able to populate its sales and distribution worldwide, widening its reach. 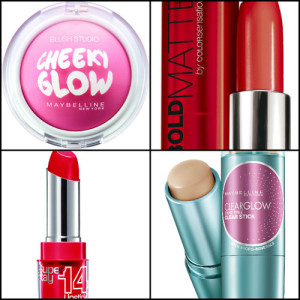 Maybelline’s wide variety of products that are, as they claim, reasonably priced, makes it an all time favourite among women. Its classic and unending range of products in every category, be it eyes, skin, hair, lips, nails, etc, makes it a highly preferred brand. The brand is always coming up with extravagant means to impress the ladies of the world, by inventing techniques to solve their day to day problems with makeup. 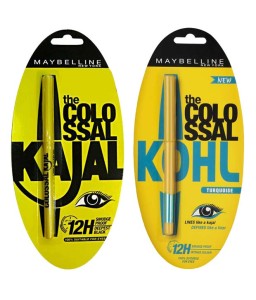 One such line extension of theirs that they started include the phenomenally successful Colossal Kajal. Its one amazing property is that it is smudge free, (as the name suggests). This means that Maybelline finally achieved what other cosmetic companies from so long had been trying to and/or claiming to achieve. Right after Maybelline launched its Colossal Kohl Kajal and it became a sensation, other brand categories started to copy them. Lakme introduced a Kohl kajal within months, followed by L’Oreal. But even today, no matter how much its rivals have tried, the Colossal Kajal by Maybelline stays a favourite among women. After the Kajal, they launched the Colossal Mascara, which also became a hit! 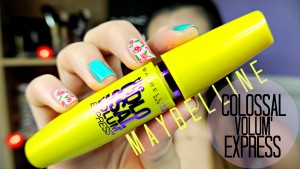 Later on, Maybelline came up with extensions in its eyeliner categories, launching fabulous products like the Everlasting Drama Gel Eyeliner, which derived its potential from its gel base and gave the dry eyeliner its rich black, waterproof, smudge-proof and ‘everlasting’ quality. 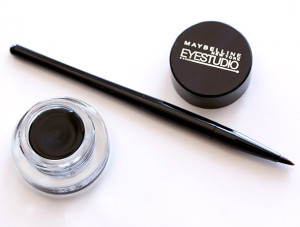 Another of its classic entrant into the industry was its Hyper Glossy eyeliner. A liquid based liner, it too had the promised smudge-proof, everlasting feature, but this time, with a new touch- the gloss, or the shine it brought to the applied area over the eyes that made heads turn. 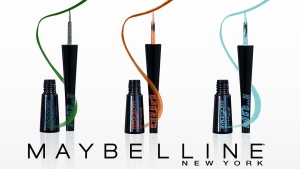 Quite recently they came up a new line of nail paints under the title Colour Show. The lustrous and enigmatic colours of these dainty paints had the female part of the public go gaga over them. 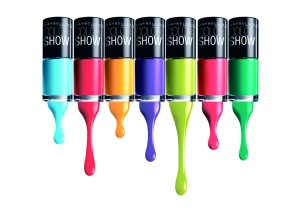 Maybelline has a knack for coming back with fresh prospects and these new products become a rage among the people every time! They launched a range of Matte lipsticks, called Bold Matte, the first stock of which was ‘sold out’ as soon as it hit the shelves. The soft, smooth, feather-touch texture of matte lipsticks brought into the market by Maybelline revolutionalised the concept of ‘lipstick’! Suddenly, everyone wanted these suave goodies in those bold colours that they were introduced in, even by people who otherwise did not wear such loud colours on their lips. These matte lipsticks by Maybelline brought back in fashion the 70’s trend of bold colours- rich reds, hot pinks, bright orange, etc! 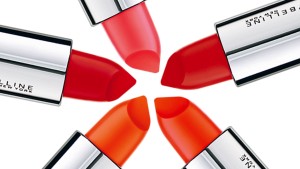 No matter how famous the company becomes and how successful a product they make, the brand Maybelline has stayed grounded and never over-priced its products unreasonably, which otherwise seems to be the trend among other popular brands. It is for these several factors like pricing, quality, uniqueness etc that Maybelline had, is and will continue to stay as one of the favourites among fashion and makeup loving females of the world!

I'm a post graduate in Mass Communication and am passionate for photography and creative writing! I'm naïve, humble, short tempered, a dreamer, imaginative, curious, introvert, mischevious....and a lot more!!! People who know me, call me an enigma! Follow me on Google Plus