Colors are powerful.  They, obviously, are not the only factor considered in fashion; however, knowing what to wear on various kinds of occasion sends the message — you have an exquisite fashion sense. In fact, it also qualifies you to leave a more favorable impression. Have you noticed that you attract more attention when you wear a certain color compared to when you’re wearing a different one? People are affected by colors. Colors can influence their mood. They can evoke emotions. I, for one, am drawn to bold colors like red, orange, and bright yellow. They can change my mood almost instantly. So take a mental note of what color you wear most often and read on to see what it means.

Red has always been associated with anger because of the way it affects your nervous system. It speeds up the metabolism, dilates the pupils, energizes. It’s a very powerful color worn by those seeking attention. Because of its tendency to draw attention, it is also seen as intimidating and can cause others to shy away from the wearer. It is best worn by those with outgoing personalities and loads of self-confidence. 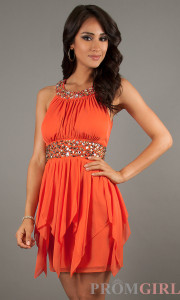 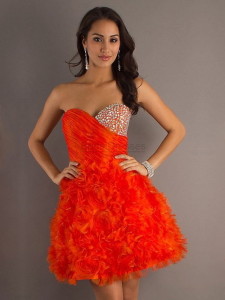 Orange is another color full of energy. It screams of fun times and playful personalities with just hint of a creative edge. Oddly enough, orange is also the color of the Sacral Chakra, which is the Chakra associated with one’s sex drive, enjoyment, creativity, and reproductive cycle. Orange shows its wearers have confidence and because of its bright nature, it also tells people your ambitious and not afraid to be heard. 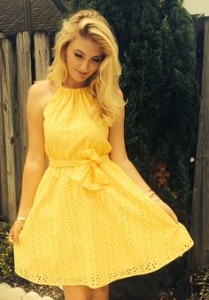 Yellow is the brightest of all the colors, but is also the most difficult to look at. It is associated with optimism, energy, creativity, and playfulness. Although yellow seems like an ideal color, it is also the color that causes people to lose their tempers more easily because it over-stimulates the senses. Those who wear yellow are usually very optimistic people not afraid to stand apart from the crowd, however, yellow is also worn by those who are irritable and ready to fight. If you’re wearing yellow to be cheery, it would be best to stick with a soft, pastel yellow rather than a bright yellow. 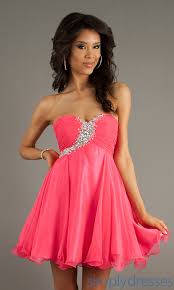 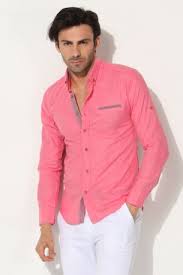 Pink screams of romance and is worn by both men and women who aren’t opposed to having a good time. This color is also meant to symbolize compassion and dealings with the heart. A pastel pink is good to wear on a first date because it shows the other person that you’re capable of being romantic and in love. Wear it well, however, because too much pink is also said to symbolize promiscuity and infidelity. 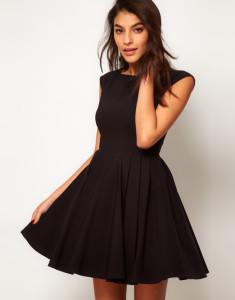 Wearing black isn’t just for funerals anymore. Quite the opposite – fashion experts say that every woman should own at least one little black dress and that black is the most slimming color. Black is actually associated with authority and respect, which is why many business men and police officers are seen wearing black. Additionally, black is a “safe” color because it’s often worn by those looking to go unnoticed and left alone. 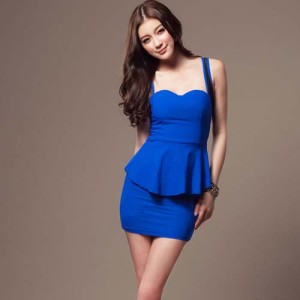 Universally, it’s said that blue is the most popular color. Associated with the sky and the sea, blue is known for its calm and serene characteristics, making people feel peaceful and content. Blue is typically worn by those looking to create their own aura of serenity. Since blue tends to make people feel comfortable, it inadvertently boosts self-confidence and ambition. Individuals who wear a lot of blue are looked upon as loyal because blue is a trusting color. 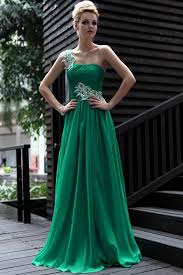 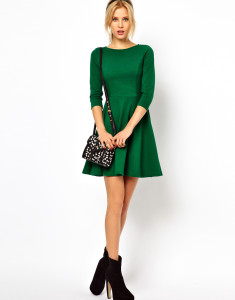 Green is the color of nature and healing. Think of grass, trees, and flowers and imagine how peaceful they make you feel. Green is usually worn by individuals who are calm in nature and have the innate desire to help those around them. It is suggested that if you’re ever looking to restart your life and “turn over a new leaf,” green is your color of choice. Green is also worn a lot by people involved in the environment and int

Not everyone fits these molds, but these will give you the general idea of what others are thinking when they see you. If you don’t like what you see and are looking to change it, analyze the different colors and think about what they mean to you and what you’re looking for others to perceive about you.Your personality is what is most important, after all.

One thought on “MEANING OF COLOURS IN FASHION”