Paris is the major Unique global shopping destinations in the world. Shopping  around Paris can be a daunting prospect, but rather than thinking about the hustle and bustle of the metro, there are some more fun ways in which to get around and see the sights at the same time. It is home of some of the largest fashion houses in the world. Paris is also the home of three of the five top global makers of luxury fashion accessories. 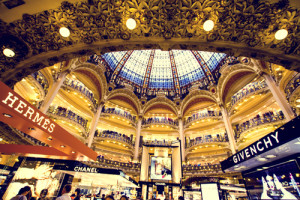 Below are the few shopping destinations in the city: 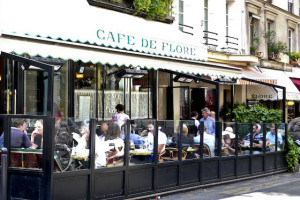 A place known as much for its high jinks as its lofty thinking: the haunt of Picasso, Giacometti, Camus, Prévert and  bien sûr, the Bonnie and Clyde of French philosophy, Jean-Paul Sartre and Simone de Beauvoir,  the hotspot of the Paris jazz boom after World War II  and the heart of the Paris book trade. It’s a smart and attractive part of the city to wander around in, and also has some very good restaurant. Most of the local patrons of the Flore and the Deux Magots are in the fashion business. 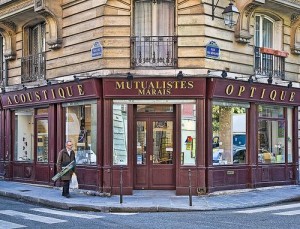 The narrow lanes filled with tourists on nights and weekends  provides the excellent shopping experience and the trendy design and fashion-designer boutiques in the district have given the Marais its avant-garde reputation. rue des Rosiers, rue des Francs-Bourgeois and rue du Temple are major shopping streets in this area. 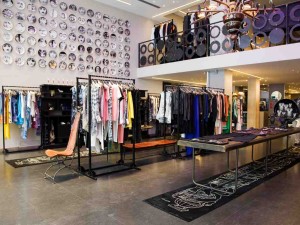 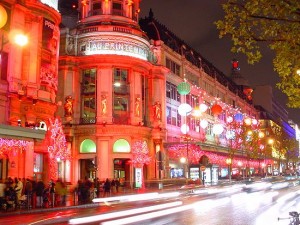 Boulevard Haussmann is a classic to go shopping since regardless the traditional big brands that can be found out all along the boulevard (H & M,  Zara, Mango and others), it is primarily the home to the legendary big stores. 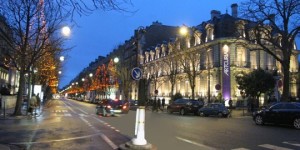 In between the Champs -Elysees Avenue and the Seine river banks, the famous Avenue Montaigne is the fanciest shopping avenue of Paris. It  is a street  in the 8th arrondissement of Paris. Several established clothing designers set up here. 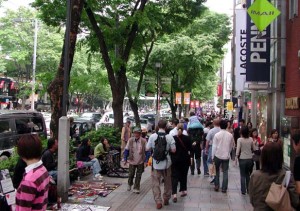 The Avenue des Champs-Élysées is a Paris must see. Tourists and Parisians can be spotted strolling at any time of day or night and at any time of year along this iconic two kilometer stretch between the Place de la Concorde and the Arc de Triomphe. It is famous for luxury boutiques, flagship stores and night clubs. 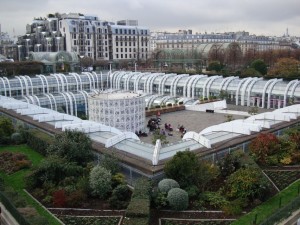 It  is Paris most important open-air market.  Les Halles shopping center is notoriously mazy and difficult to navigate, and its design never quite won over the public. There  you will find books, music, home furnishing, men’s sporting , kid’s and women’s clothes, Electronics (although not the cheapest), shoes and toys.

In Paris, each neighborhood has its own personality, and each personality imposes itself on one or two main shopping streets. Parisians often seem to make impeccable fashion sense look effortless. Even on modest budgets, they seem to just know how to pull it all together. It’s no surprise  that the city remains the global center of all things style-related.