The Communists have started waving the flag. It is time for chums. I am down. Niagara falls are flowing as heavily as they could. Basically, I am on my period. To borrow from literary awesomeness Jane Austen, it is a truth universally acknowledged, alright that is a bit exaggerated, it is a truth largely acknowledged that every woman on her period has a lot on her plate. There are many lucky women whom we envy like anything, who do not undergo any sort of difficulty or pain during their periods. Bless you, ladies! However, there is a large section of women, for whom periods bring a hell lot of warfare, inside the uterus as well as the mind. There is blood pouring out of you, not some glitter or confetti. Pure blood! That sure as hell sounds freaky. On top of that, we have erratic mood swings, unpredictable sexual urges and an-elephant-just-stomped-over-my-uterus cramps. Now that is a LOT. We know periods are ‘normal’. But hey, who said normal can’t be intense? Anyway, when we already have so much to deal with while we are on our period, we cannot possibly spend too much time thinking deeply about the nitty-gritties of the monthly cycle. It just seems too exhausting. But, at the same time, knowing your periods and understanding the basic fundas of your menstrual health is as important as anything. So, we have tried to bring to you some basic knowledge regarding menstruation. We hope it helps in decoding the suspicious aura that has been provided to periods by the stuck-up society.

You Do Not Bleed The Whole Day 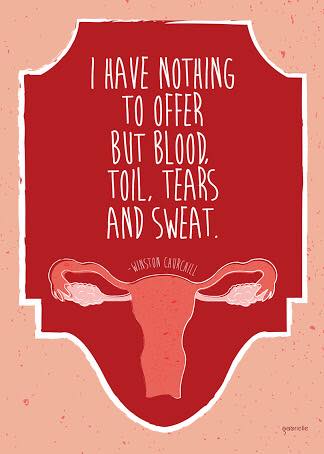 We know it sounds way too gory when many men assume that we bleed the whole day. But, there is no reason as to why you should be paying attention to that. Because you do not bleed the whole day. Precisely. On an average, a woman releases 2 to 4 tablespoons of blood in a cycle. Even if you are having the dreadful i-will-murder-you uterus days, you do not have to worry about bleeding continuously. It seems a lot more than it is due to water and other fluids that are secreted along with it. So, you do not have to fret over it.

This is an old wives’ tale and needs to be done away with as soon as possible if we want to have sex and just that. There will be loads of people who would say that you can have all the sex you want during periods and might even suggest shower sex to help you keep the blood soaked bedsheet at bay, and not get pregnant. But women, you actually can get pregnant. The chances do get reduced highly but chances are there. If supposedly you have sex during the last days of your period and you ovulate sooner, there are chances of you getting a baby bump! Keep a condom. Always.

To Change Or Not To Change 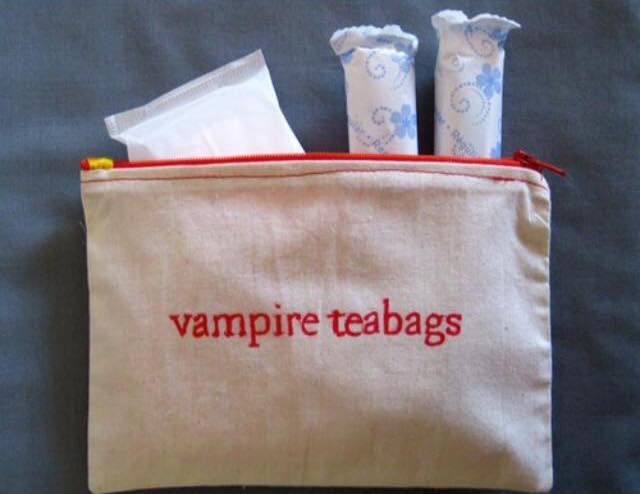 Not all things come with handbook guides. This is one of them. Nobody can exactly tell you when to change your pad/tampon. And if you are using a menstrual cup, when to wash it. What you need to do is use your own discretion and change it once it gets soaked in blood completely. However, you should try to keep in mind that a change of pad every 6 hours is highly advised so as to prevent any rashes or leakage. If you are using a tampon, and you do not change it on time, it may lead to fungal infections or Toxic Shock Syndrome. Feeling uncomfortable? Change it. Do not be lazy here. 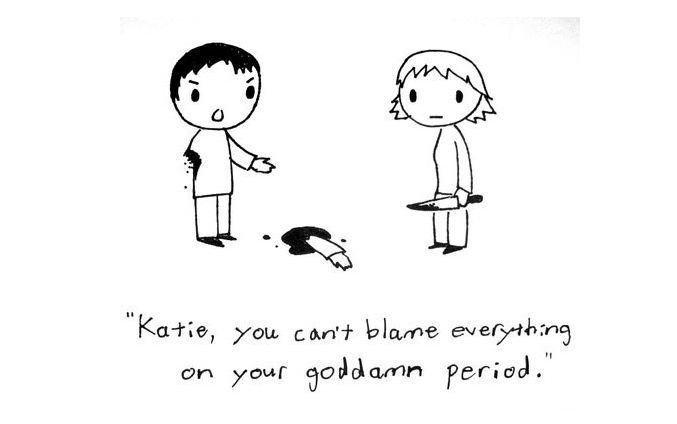 Sixth grade biology tells us that periods are accompanied by hormonal changes. It is just this simple scientific fact that you need to acknowledge and understand, in order to weigh your erratic mood swings and cravings right before your periods. There are men who think that Pre Menstrual Syndrome is a hokum and just an excuse for women to behave irrationally. If you have any such guy in your life, get rid of him. You don’t want that kind of sexist negativity around you. What you need to know is that right before your periods have started, there is a hell lot of chaos going around inside your uterus, which in turn affects your brain, leading to unpredictable behaviour and moody cravings. You might even bloat. Embrace that. If you don’t want to or if your PMS is way too much to handle, try adding more and more broccoli, bananas, and spinach to your diet. These are wonder foods for dealing with PMS.

Having periods means not-so-pretty panties. In order to maintain a good menstrual hygiene, you must keep period and regular panties separate. While on your period, try avoiding materials such as lace and satin, which otherwise may add to your raunchy sex appeal, but would not form the perfect companions for your bleeding vagina. Try to stick to cotton as much as possible. Its inherent lightness and airy fabric attributes will help your uterus to breathe properly. Cotton panties also help in preventing rashes and fungal infections. 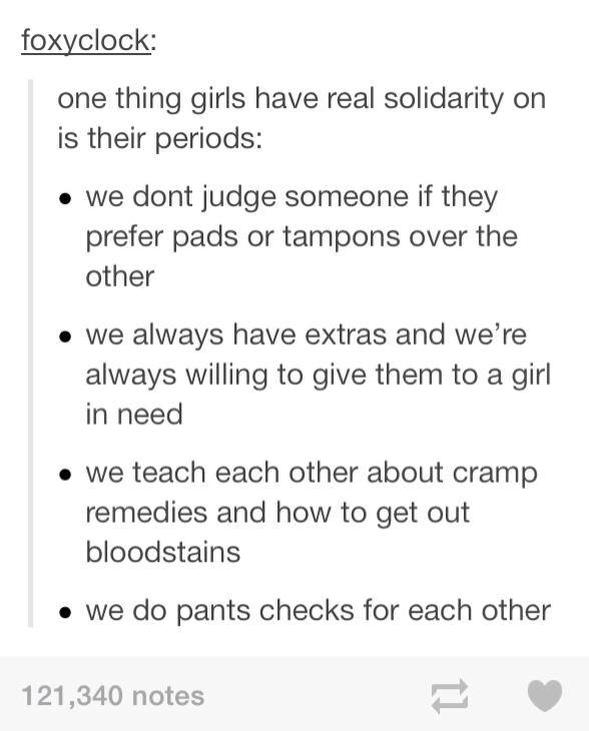 A major step in keeping good care of your menstrual hygiene is to know your needs. You need to know the products you are using and those you should be using. You may use a tampon, a pad or a menstrual cup. The most commonly used product is a sanitary pad. It acts as an external soaking agent, whereas tampon is its internal counterpart. You need to insert it inside your vagina and this little cylinder can save you from those embarrassing leaks smoothly. There is also an option of menstrual cups available in the market, which are not as uncomfortable as they sound and are in fact, a boon for our century, which is facing a huge crisis in the form of untreated sanitary waste. This is also an internal agent and you can use it repeatedly. Talk about being cost effective and eco-friendly at the same time!

These were some of the broad regions that you need to look at while having your periods. A happy period is not an unachievable task. It is very much within your limits, once you give it a thought and some research. Happy period! Embrace your sexuality, woman!