There is something about the word fashion that almost always brings in our mind the image of expensive designer gowns, lavish shoes and handbags and fine, ornamental jewellery. In other words, it is generally associated with women. However, over the last few years, the rising popularity of fashion-conscious male celebrities such as Kanye West, Ryan Reynolds and Zac Efron, has brought men’s fashion to the forefront of the industry.

Even though modern men are experimenting with different types of clothing, a classic dress shirt has remained constant in their wardrobes, irrespective of age, occupation or time. It was first worn as early as the 19th century, and has, till date, remained more or less unchanged in its form. More than the rest of the garment, it was the shirt’s collar that was a marker for affluence in those days. That’s how the terms “white collar” and “blue collar” were coined. It was used as a symbol of wealth, status, and fashion. The elite class went as far as wearing high-standing armour-like detachable collars to prevent a downward gaze.

In the recent times, though, such aristocratic idiosyncrasies have been replaced by variations in collar style. Dress shirt collars these days come in a variety of style, and instead of indicating the social status, the collar helps the wearer project different looks- formal, casual, etc.  However, it was during a recent chat with my friend Nikhil [who also suggested the title of this post], that I realised that men generally do not pay attention to the variations in the collars. Therefore I decided to list down the major collar styles found in men’s dress shirts. Read on to find out more. 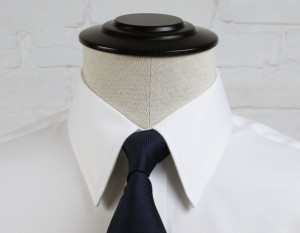 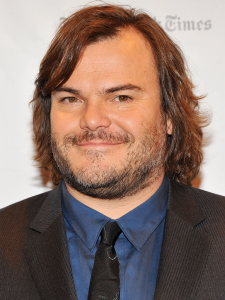 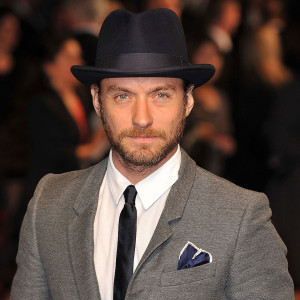 Commonly known as the straight point or point collar, this is the most prevalent collar style seen on men’s dress shirt. It is cut using straight lines and has a relatively small spread. It’s versatile enough to be worn with a traditionally cut suit for a formal look or with a blazer and a pair of jeans for a more off-duty approach. You can wear it with or without a tie. And it goes down well with all kinds of suit lapels.

Recommended face types: Forward point collar shirts are suitable for guys with a round face, as they tend to have fuller checks and a shorter neck. The vertical slant of the collar will de-emphasize the roundness of your face. Also, since in a point collar, the distance between the tips of the collars is less, it makes your neck look longer and gives the illusion of a longer face with definition. And a tie-knot that should accompany this collar style is either the four-in-hand tie knot or the half-Windsor.

The point collar is suitable for guys with an oval face too.

A button-down collar is fastened to the shirt body by two small buttons at the tip of each collar point. The style takes inspiration from the sports shirts worn by polo players. Though you may dress it up with a suit and tie, it is more suitable for channelling a casual or dressed-down look.

Recommended face type: Similar to the point collar, a button-down collar too is recommended for guys with a round or oval shaped face. The extra collar length provides a slimming effect on the face by making the neck appear longer and strengthening your cheekbones. 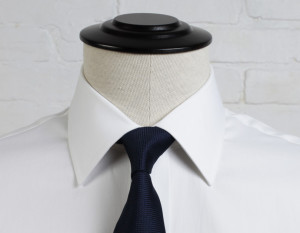 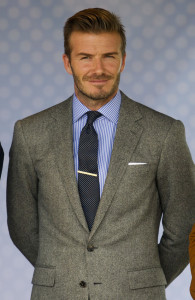 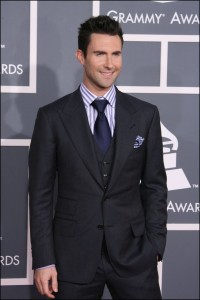 Spread collar is another timeless style in which the collar points are approximately spread 5″ apart from each other. Spread collars vary in their widths- while moderate ones resemble slightly flared point collars, the extreme ones can be nearly horizontal. Depending on the amount of the spread, they’re called as medium, classic, curved and wide spread collars.

Recommended face type: Spread collars are ideal for people with an oval and/or angular face type. Angular face type can be further divided into categories- diamond and oblong. While the diamond shape has a well-defined cheekbone and a pointed chin, the oblong shape entails a longer, rectangular face with a pronounced U-shaped chin. In any case, your face has an elongated appearance, and a spread collar helps to even it out by providing a widening effect. It makes your face look fuller and jawline wider. The spread collar can be worn with larger tie knots, such as the full- Windsor knot, or the half-Windsor knot.

The spread collar should be avoided by men with round faces, unless they plan on wearing them without a tie. 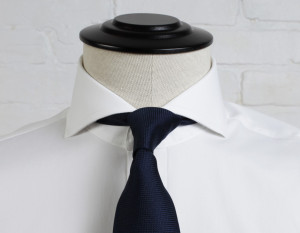 The cutaway collar is a bold collar style seen on men’s dress shirts. The collar points are generally placed at a distance of about 6″ from each other, thereby accommodating most large tie knots easily. It’s the largest spread you’ll find on a shirt collar. Though a cutaway collar looks very sharp, it comes across as a little too aggressive for workplaces.

Recommended face type: Cutaway collar has almost the same characteristics as a spread collar, and is thus ideal for guys with narrow/angular faces. It makes your face appear broader, strengthens your jawline so that it stands out. 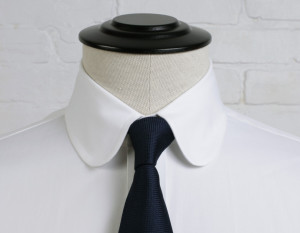 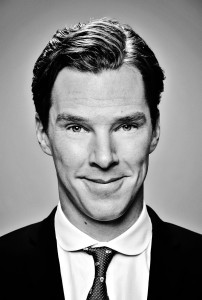 The club collar is a type of collar in which the collar points are rounded. It comes in both spread and point collar styles. It owes its distinctly vintage feel to The Eton School in England which instituted it in their wardrobe in the 19th century. It distinguished the Etonians from the non-Etonians.  The latter saw it as something reserved for members of a private, unattainable club, and hence, the name “the club collar” was coined. The collar gives a unique yet versatile look.

Recommended face type: A club collar is ideal for guys with thin faces. The softness of the points balances the thinness of the face. However, it should be avoided by round-faced men because the curved lines will create the undesirable effect of emphasizing the face’s roundness. You can pair it with a slim tie or wear it open for a more casual look.

So there you have the basic type of shirt collars that you can consider wearing, depending on your face type. Having said that, always remember that it is merely a guide, and not a hard and fast rule. If you’re up for it, you can always experiment with different shirt collars to see what suits you the best.

Fashion Student. Ardent pet lover and foodie. Follow me on Google Plus