OK. Let’s face the truth. We girls all google or flip through mags for wedding dresses sometime or the other. Never mind if the D’day is 6 years from now, there’s no harm in looking right? So when it’s one of our favorite stars walking down the aisle, we can’t help but fall head over heels. 2014  was a year of many big league weddings, from Angelina Jolie’s colorful veil to Arpita Khans  elaborate lehenga, these stars chose looks that were destined to put all eyes on the bride. So here’s taking a look at some of the most stunning wedding dresses of the year gone by, that had us all wanting to get hitched ASAP.

2014 witnessed one of the most awaited wedding of all time. Angelina Jolie wed longtime beau Brad Pitt dressed in a custom Atelier Versace gown. The ivory satin sleeveless gown was breathtaking,yes, but what set it apart from any other was the veil featuring embroidered versions of illustrations that were drawn by her children. 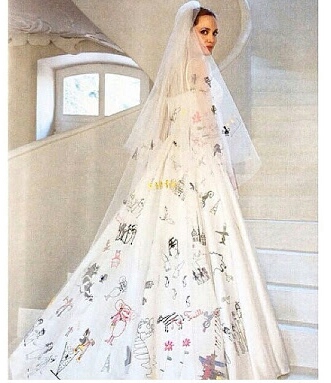 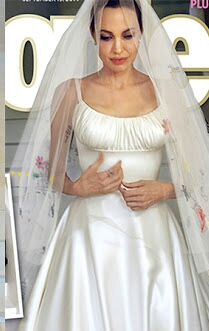 Closer home , Salman Khan’s sister Arpita Khan’s wedding was all the rage. She married boyfriend Aayush Sharma in a grand wedding at Hyderabad. The bride was seen dressed in an elaborate  bridal red and gold lehenga by designers Abu Jani and Sandeep Khosla. 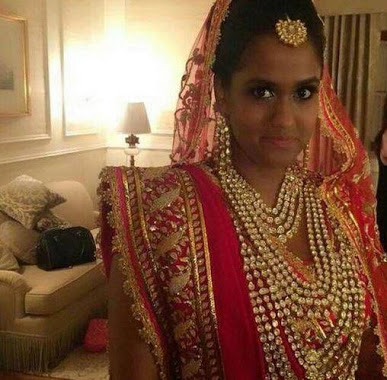 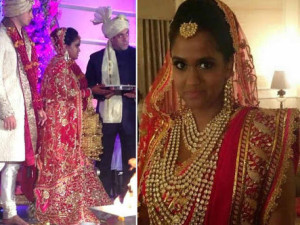 If you thought simplicity was a cliche in the world of wedding gowns by now, Mrs Clooney (Amal Alamuddin) showed us otherwise, as she rocked a stunning Oscar de la Renta dress. It was an ivory hand embroidered beaded-tulle dress with 14 yards of chantilly lace applique work and it looked  like something out of a fairy-tale. 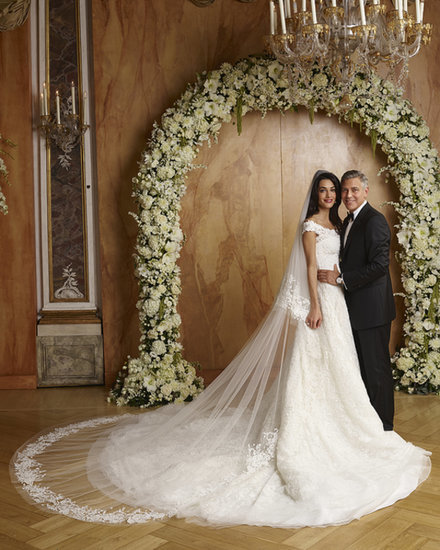 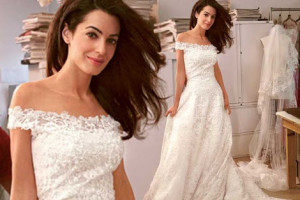 For her wedding last year, actress Dia Mirza wore a traditional Mughal bridal trousseau which was reminiscent of a bride from Hyderabad. The ensemble consisted of a “kurta”, two “dupattas”, and a ” Farsi pajama” all the creation of designer Ritu Kumar. 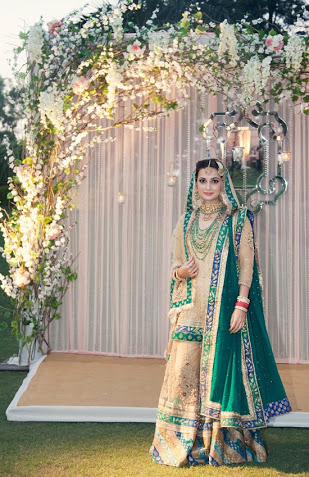 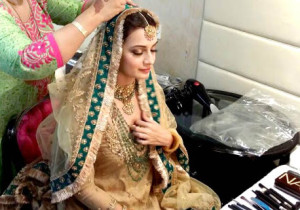 Leave it to Olivia Palermo to stray from tradition and completely blow us away. The fashonista actually wore shorts on her wedding day! at the same time looking like a fairy princess. The dress was by her favorite designer Carolina Herrera. The designer created magic by pairing a simple cream cashmere sweater with scattered ostrich feathers and chic white shorts with a full tulle skirt overlay that cinched at the waist in layers of satin and silk along with a high slit in the front with floral details along the hem. 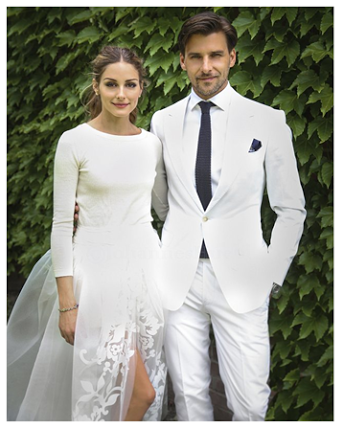 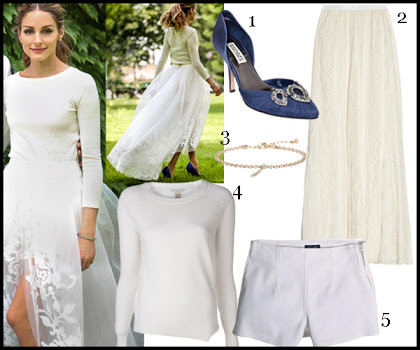 Sameera Reddy wore a navari inspired saree and nose ring for her maharashtrian wedding. Neeta Lulla as usual worked her magic into this look that was accompanied with a traditional marathi head gear. 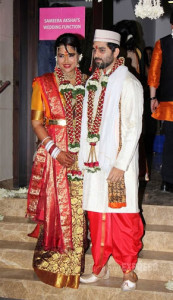 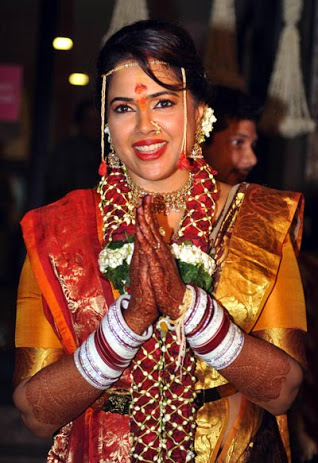 Ashlee simpson’s wedding dress was bohemian and completely pulled off  the of-the-moment trend: a crop top! The midriff-barring top featured a sheer, long sleeve lace bodice and a white bralette underneath by Houghton. She paired it with a full lace skirt and finished off  with a golden hair band. 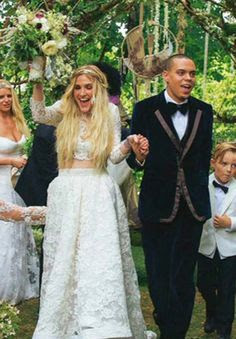 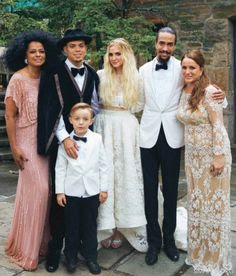 Hema Malini and Dharmendra’s younger daughter Ahana Deol’s wedding was a grand affair. She opted for a light blue green lehenga. Her bridal mehendi even had a rani drawn onto her palm. 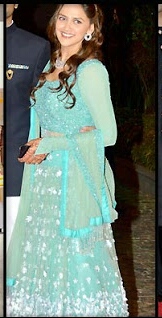 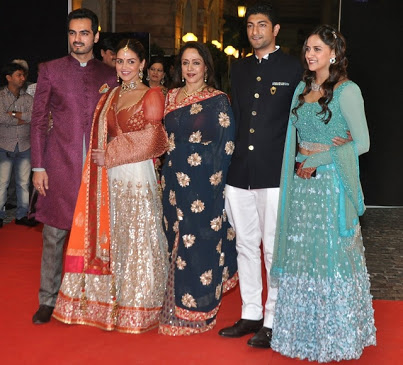 Like her sis, Jessica Simpson too skipped tradition and opted for a shimmering gown by Carolina Herrera instead when she wed Eric Johnson last July. The sumptuous champagne and gold strapless multi-layer tulle gown was a treat for the eyes. 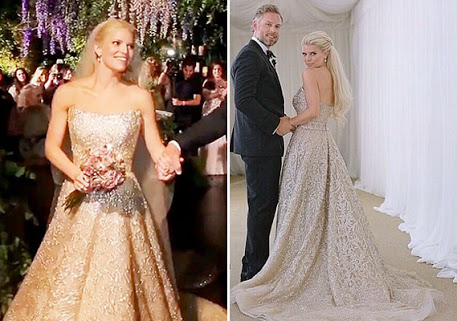 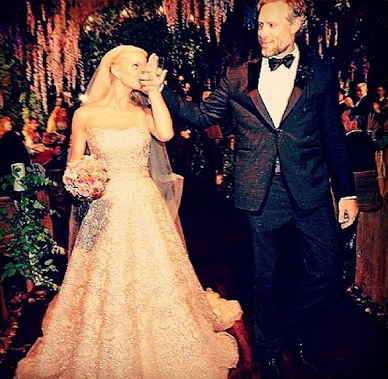 Rani Mukherjee was seen wearing a Sabyasachi , red with gold embroidery lehenga for her wedding to Aditya Chopra.She looked as stunning as ever. 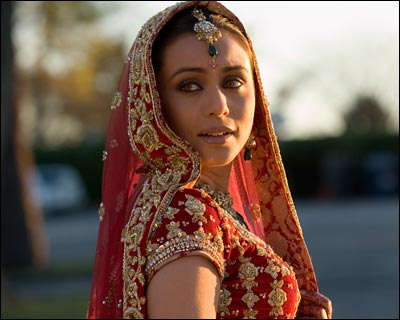 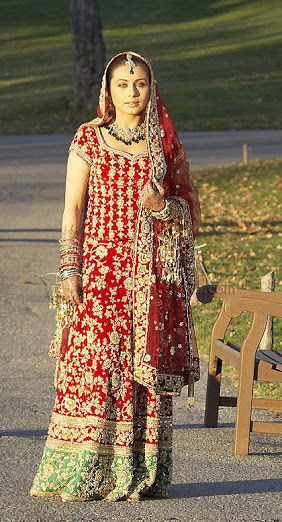