It’s safe for all Homo sapiens to say that we survived another year! Although it might have had many ups and downs, we all made it through the year of “Kanye for President”, Victoria’s Secret Fashion Show and Justin Bieber’s new album. So it only makes sense to spend some time enjoying the last day of the year 2017, by having a memorable New Year’s celebration in some of the most beautiful cities ever! 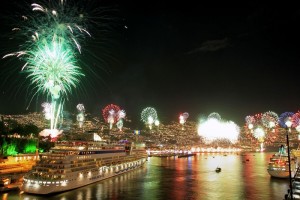 This Portuguese city is always ready to welcome in the New Year with open arms. With the perfect blend of tradition, culture and art, head to the Port of Funchal for a spectacular scene with an array of colourful lamps around the amphitheatre of Funchal. Also set up are stalls and shops that will drive you into a shopping frenzy! But the mega event is the fireworks show that appeared in the book of Guinness World Records in 2006. This epic show of light on the island is known to last a good 10 minutes, helping mark the new life in the most spectacular way! 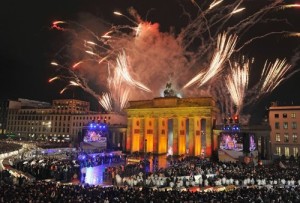 Germany’s fun capital is known for its parties and beer! And Berlin is ready for the New Year with the “Party Mile”, a 2 kilometer stretch of bars, food and drink stands, party tents etc. This happens at the Brandenburg Gate after which is a firework display at midnight! After enjoying the fireworks and screaming “PROST” and chugging down beer, the people head to the multiple well-known clubs and dance into the dawn of the New Year! Then the next day, the people who still have energy, head over to the annual, free 4 kilometer “New Year’s Run” or to the Berlin “Silversterlauf” which is a pancake race!

No other place can compete with New York when it comes to New Year’s celebrations! The world famous Ball Drop at Times Square is screened worldwide! Millions of people gather at Times Square and enjoy famous singers and bands, but it’s what comes after that everyone eagerly awaits! A 12 foot wide crystal ball drops from the One Times Square the minute the clock strikes 12. And after that, you can also get on a boat on New York Harbour and enjoy the fireworks on Liberty Island in peace. 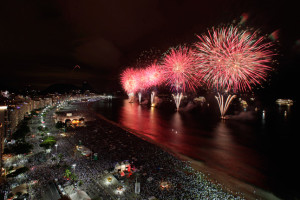 Rio is known to have an extremely wild New Year’s party, on the world famous Copacabana beach. Millions of people end up on the sandy beach to celebrate “Réveillon”, a religious, cultural party! Along with music and dance, the people dress up completely in white and throw flowers into the ocean to the Goddess of the seas, Yemanjà. A huge stage is set up in front of the beach to host the musical and dance performances. The grand finale is a colourful fireworks show at midnight. 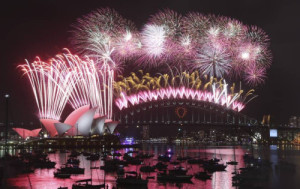 Sydney has a major perks as it is the first city where the clock strikes twelve and that would explain why they go all out on celebrating the New Year. It doesn’t just have one firework show, no, it has two magnificent firework displays at 9 p.m. and at 12 a.m. Moreover these celebrations occur at the Sydney Harbour Bridge and Sydney Opera House, making it the perfect venue. Apart from firework, it also has an air and water show, aerial acrobatics, a light parade, a flotilla and an Aboriginal smoking ceremony to cleanse bad spirits! This is definitely a great variety of entertainment! 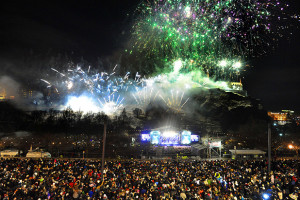 The Scots have always been great at partying and their “last day of the year” celebrations, called Hogmanay, happen to last 3 days! The first day is spent with a torchlight parade, New Year’s Eve has parties and concerts and at 12, 4.5 tonnes of fireworks light up above the Edinburgh Castle. On New Year’s, they also have dog sledding competitions and guests take part in “first-footing” where gifts like whiskey or Scottish shortbread are exchanged. Many people with courage take part in the charity event, Loony Dook, where they jump into the freezing waters of the River Forth! Marvel in these new, queer ideas to have a fun-filled New Year’s. 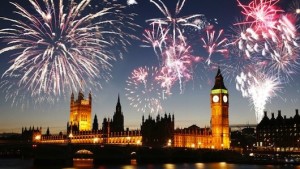 Londoners are always full of festive spirit and their traditional way to spend New Year’s is near the Big Ben waiting for the arms of the clock to reach twelve! People crowd near the Thames to view an eye-catching lightshow along with fireworks which highlights the wonders of the city such as the London Eye, House of Parliament and the Shard. Post this there are many parties to check out, but there’s also the option of going to the streets of London to watch a parade with floats, bands, dancers, costumes and the Queen’s horses! 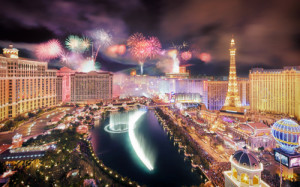 Las Vegas AKA Sin City is a definite go-to spot for New Year’s. People pour into the car-free Vegas Strip and indulge in parties, concerts, parades, shows etc. And then there are the DJ sets, casinos, hotels and an unlimited amount of options for entertainment. When it’s time to say hello to the New Year, fireworks are set free from seven rooftops along the strip so you get the perfect view from anywhere! 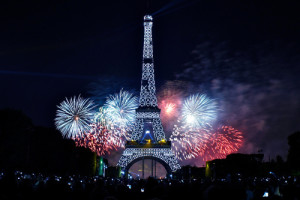 The City of Love and Lights is the most romantic when it lights up your world for the New Year! The magnificent Eiffel Tower is lit up with fireworks and a light show. A street party happens simultaneously at the Champs-Élysées with champagne and French firecracker chocolates, Papillotes. To get a better view from a more relaxed environment, book a dinner cruise on the Seine and be a part of the most romantic New Year. 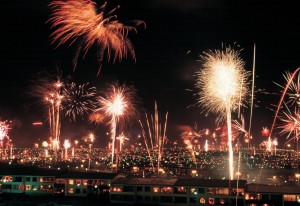 This little capital city of Iceland has loads to offer considering it size. The people are known as party freaks and start off New Year celebrations with huge bonfires, which is to burn away the previous year’s troubles. And nearly the entire population of Reykjavik, which is 200,000, come together to watch the sky lit ablaze in nearly 500 tonnes of fireworks! Then everyone scatters to hotels and pubs to party into the morning and queue up early to help themselves to hangover-helping hotdogs, or relax and soak up the heat at the hot springs.

Saying goodbye is always hard and that is why these places will help make your goodbye easier as you will be filled with absolute joy and enjoyment! And no one wants to start the New Year on a bad note, so might as well make the most of the night and these places offer exactly that. Be a part of the incredible celebrations that these cities have to offer and help transcend 2017 and ring in the New Year with euphoria!