There’s a whole world of destinations to explore, but if you’re going to go back to old favourites, think about timing your next trip with some of the engaging, illuminating and just plain fun events these much-loved cities play host to.

Despite the December season being over, January in Delhi has a festive feel about it. Winters aren’t brutal but bracing, meaning you can still flaunt your cold-weather wardrobe, in friendlier climes. Look to the skies during Makar Sakranti (January 14), when the advent of spring is celebrated with the flight of colorful kites. Revelers feast on rewri, and as the sun sets, box lanterns  tied to kite strings set the evening sky aglow.

Where to stay:- Dusit Devarana

Conveniently located near the international airport, guests arriving at the hotel feel like they have entered a sanctuary of tranquil grounds and elegant design. The hotels 50 rooms are large with views over the gardens and pool; some rooms come with vaulted ceilings for that extra palatial feel.

Australia’s outdoorsy culture is best experienced in the southern hemisphere’s summer, when locals and visitors flock to Sydney’s beaches, parks and outdoor cafes. Celebrate the year of the Monkey at the Sydney Chinese New Year Festival (February 13-March 1). Watch a procession of colorful floats and projections as the Twilight Parade illuminates the city streets. 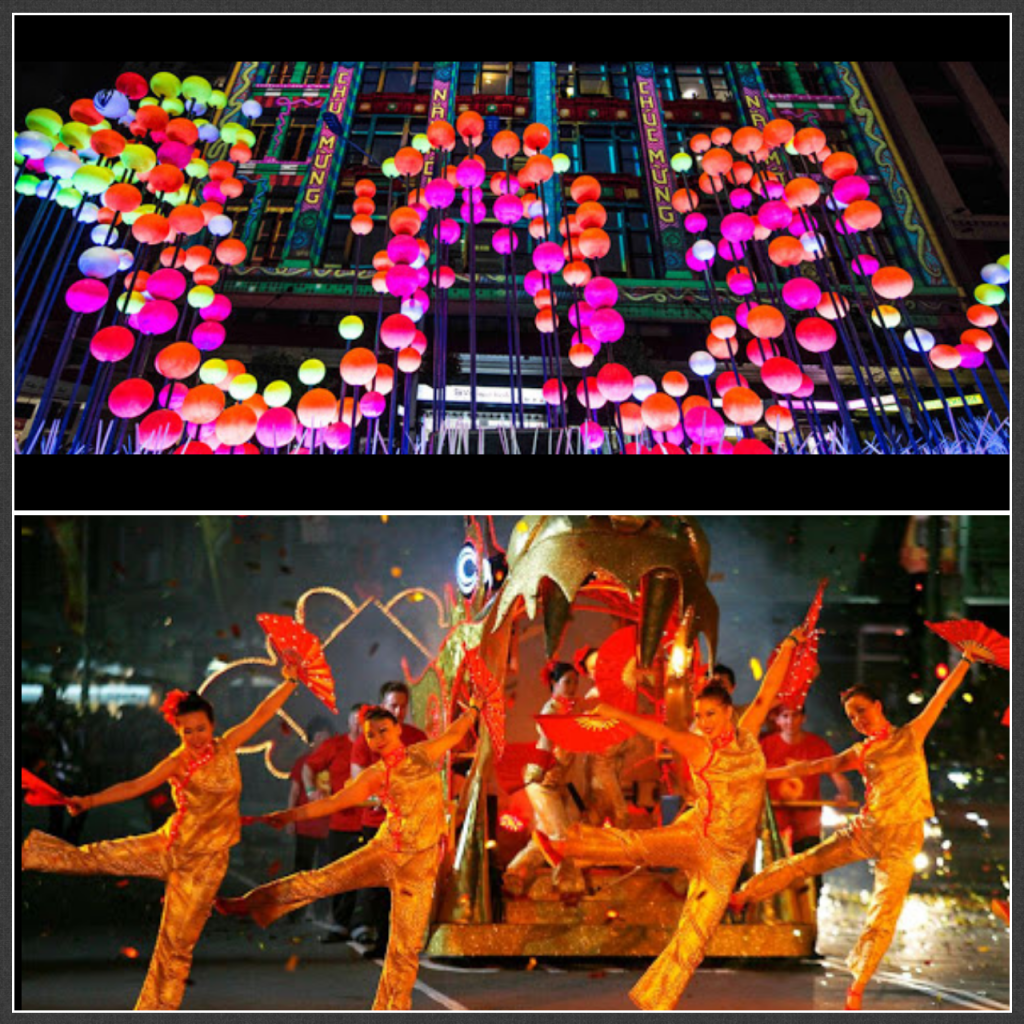 Where to stay:-  The Langham, Sydney

Recently reopened after a multi-million- dollar renovation, The Langham, in the heart of The Rocks, has transformed into Sydney’s most elegant harbor side hotel. Plush, light-filled rooms come with bespoke furnishings, high ceilings and terraces or balconies  overlooking the Sydney skyline. 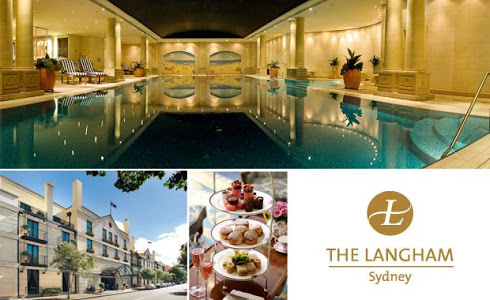 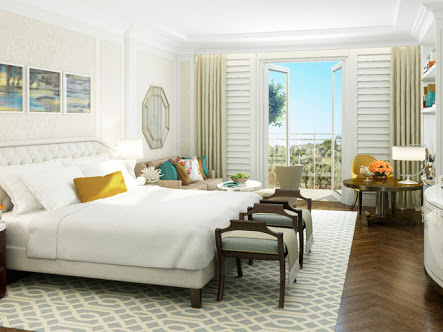 As summer inches closer, it’s the perfect time to head over to Abu Dhabi and take advantage of  the balmy late-winter sun, whether at sporting showcases or the UAE capital’s many cultural events and sites. Go nostalgic with Tennis at the Palace (March 12-14), a throwback in the style of a traditional English tea party. Guests watch top players go head-to-head while nibbling on scones and sipping tea. Among the international players headlining the three day event are Pat Cash, Richard Krajicek and Younes El Ayanaoui.

Where to stay:- Zya Nurai Island

This boutique private resort near Saadiyat island is reached via a short speedboat ride. The retreat is comprised of 32 villas, each with a private sun deck, plunge pool, fire pit and direct beach access. 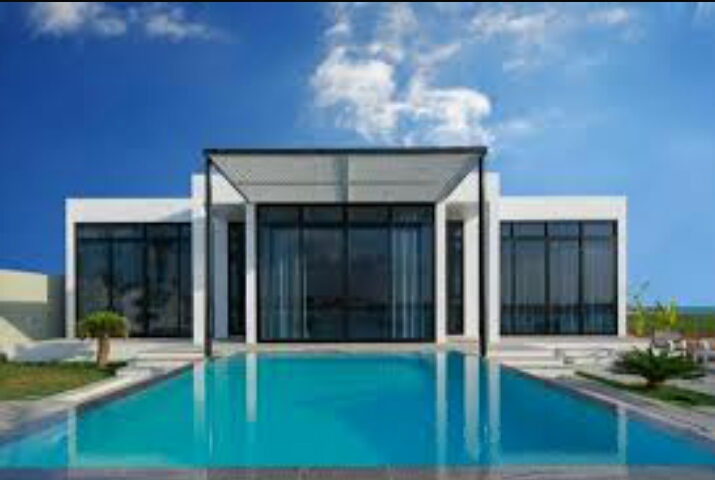 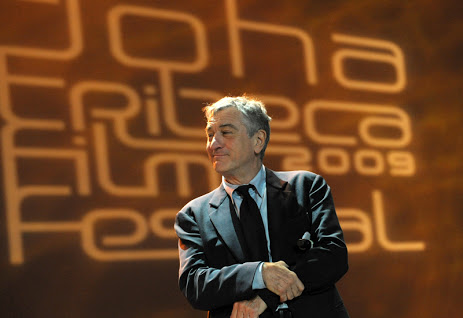 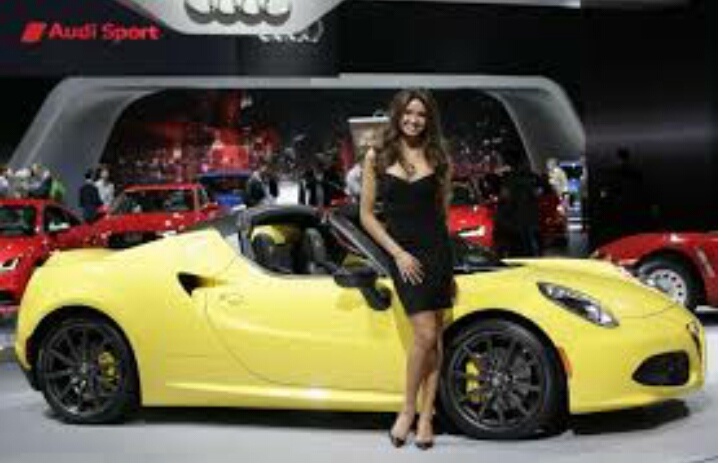 Where to stay:- The St.Regis, New York

In the heart of midtown Manhattan, within waking distance of Central Park, the shops of Fifth Avenue and some of the city’s best restaurants, The St.Regis has undergone a dramatic renovation with redesigned guest rooms and public spaces along with the New York King Cole Bar & Salon by renowned New York chef and restaurateur, John DeLuice. 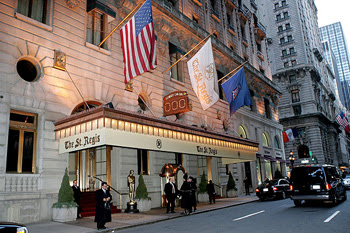 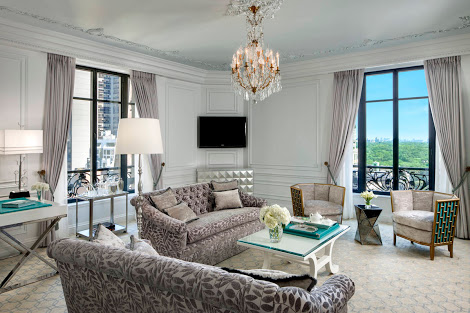 The storied city is brimful of historic sites, contemporary cultural attractions and myriad eating options. With such variety it’s easy to spend a week exploring the warren of shop-filled lanes or just sit back and watch life unfold from a street front cafe. Every year, the Conquest of Istanbul is celebrated on May 29th through re-enactments of Sultan Mehmet the Conqueror’s 1453 victory over Constantinople. There are displays of traditional Turkish arts as well as parades and fireworks around the city, with much of the activity occurring between Tophane and Karakoy, and a laser show at the Golden Horn. 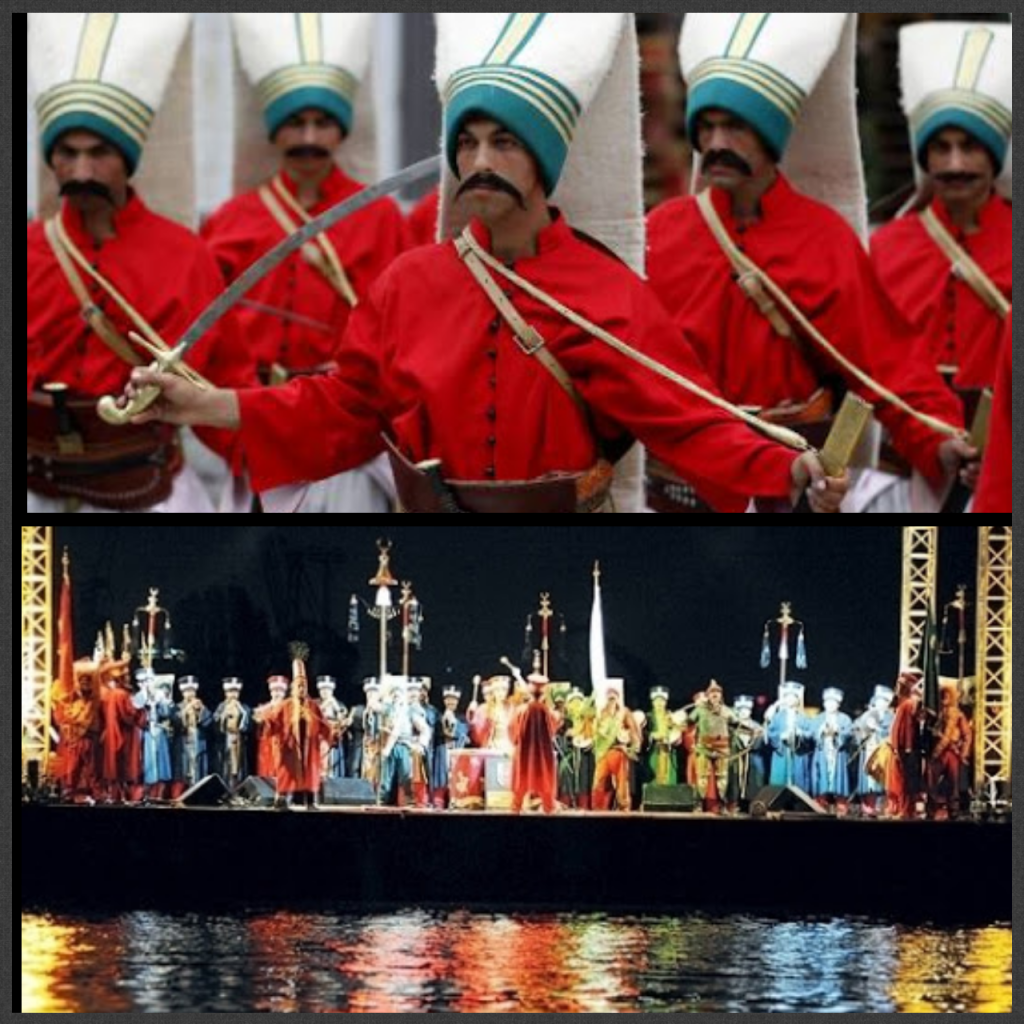 Where to stay:- Shangri-La Bosphorus

Situated on the shore of the Bosphorus Strait in Besiktas, it’s a short walk from Dolmabahce Palace and Nisantasi’s shopping. The guest rooms, designed in a soft palette of colors, are some of the most spacious in the city and many feature views of the Bosphorus. 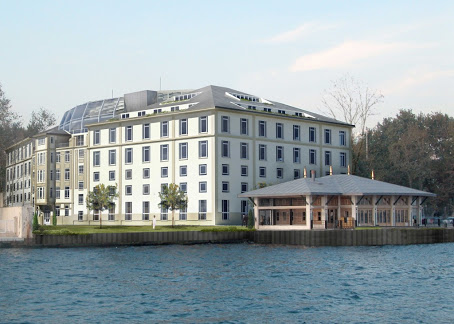 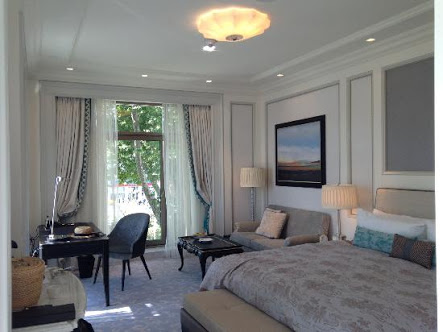 The British capital comes to life in summer, with outdoor events and festivals, and plenty of parks to explore.Take a tour of over 40 of London’s top restaurants from the leafy setting of Regent’s Park at Taste of London (June 17-21). Pack a picnic and head for the historic grounds of King Henry viii’s former residence, where a midsummer evening concert and displays light up the Hampton Court Palace Festival (June 11-19). 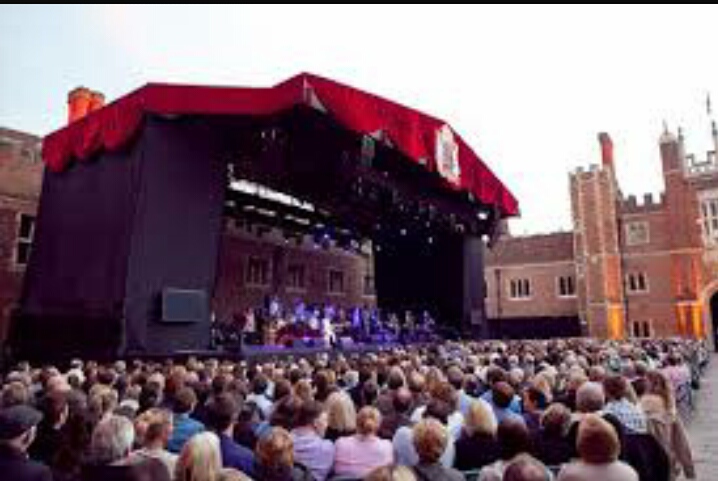 Where to stay:- Grosvenor House, A JW Marriot Hotel

Situated on Park Lane, one of the city’s most prestigious streets, the hotel is centrally located in Mayfair with views over the expanse of Hyde Park. The suites are some of the largest in the capital and the decor is elegant with neutral colors. 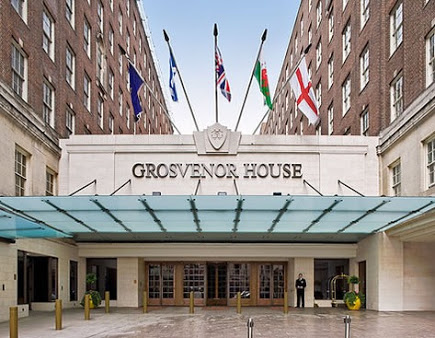 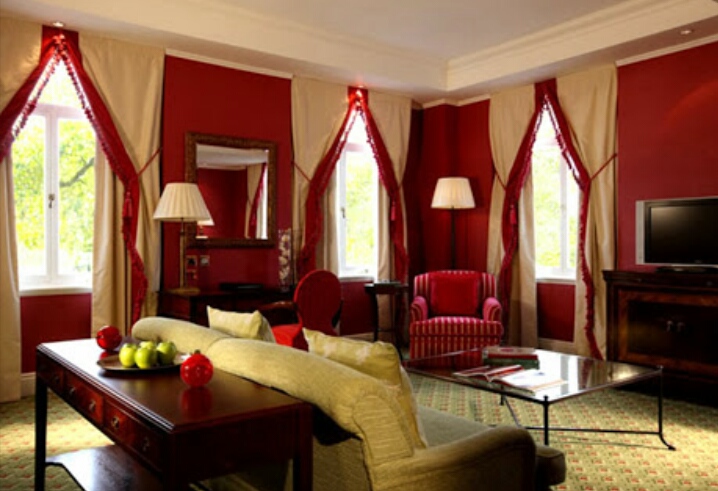 Along with summer comes a laid-back attitude in the city of love, making it the ideal time to stroll the picturesque streets and stop for a cafe noir  and a croissant at a patisserie, or take advantage of the summer sales and add a piece of  French couture to your wardrobe. One of the city’s most important holiday, Bastille Day, takes place on July 14th, honoring France’s independence. It’s an extravaganza of parades, fireworks and picnics; arrive in town early to attend an array of balls, dances and parties taking place on the evening of July 13th. 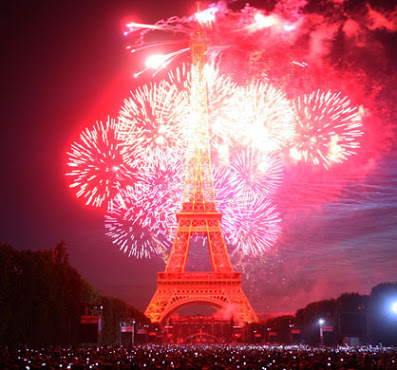 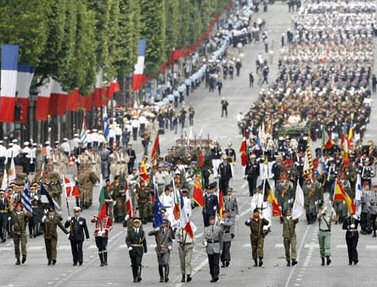 Where to stay:- Shangri-La Hotel, Paris

The former home of Napoleon Bonaparte’s grandnephew, Prince Roland Bonaparte, this stately stay in the heart of the city is fit for royalty. The rooms are inspired by European Empire style, with a minimalist touch. 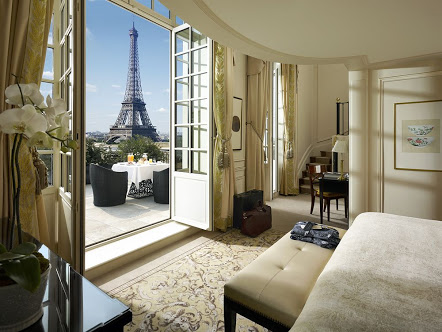 There isn’t really a bad time to visit this tropical paradise, suited to pretty much every kind of vacationer- whether you want to lounge by the pool or get active by surfing, diving and myriad other island activities. August is prime Sea Turtle Nesting and Hatching Season, with a number of nesting sites to be found throughout the islands. Look out for five of the eight Sea Turtle species- green, hawksbill, olive ridley, loggerhead and leatherback. One of the best spots for sighting is north-west Haa Alifu Atoll. 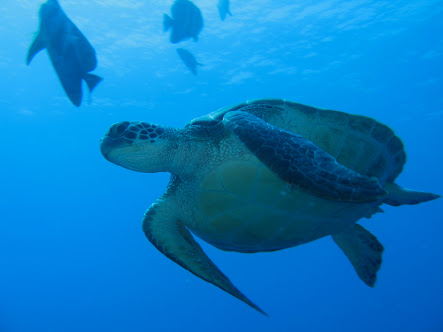 At this island hideaway with only one master residence and five guest villas, award wining architect Guz Wilkinson has mixed modern with natural to create elegant spaces that seamlessly blend into the surroundings. 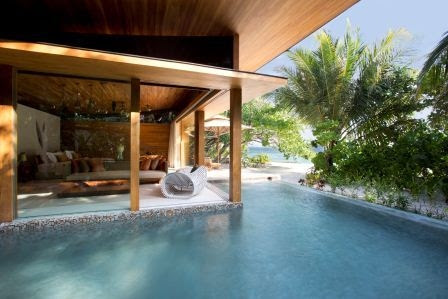 September is an ideal time to visit Berlin as the trees begin to change color and the slight nip in the air is refreshing when wandering the numerous city parks. Starting in mid September and lasting for 16 days through the beginning of October, Berliner Oktoberfest attracts more than 200,000 revelers who come for the hops, oompah bands and hearty Bavarian cuisine. To be in the heart of the action, head to Alexanderplatz in central Berlin for a Biergarten cottage. 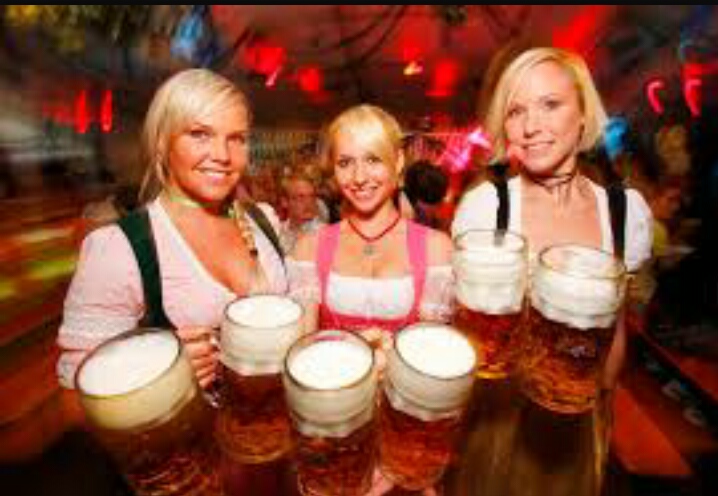 As unique and creative as the city itself, this hip hotel in City West includes a rooftop terrace and sauna with views of the Berlin Zoo and the surrounding city, as well as Bikini island (hence the name). 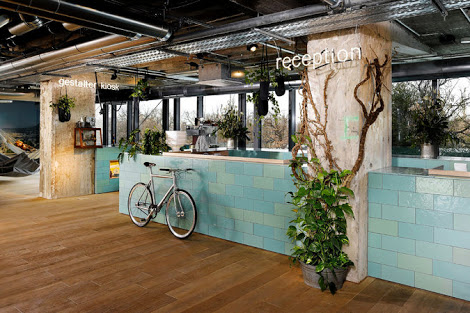 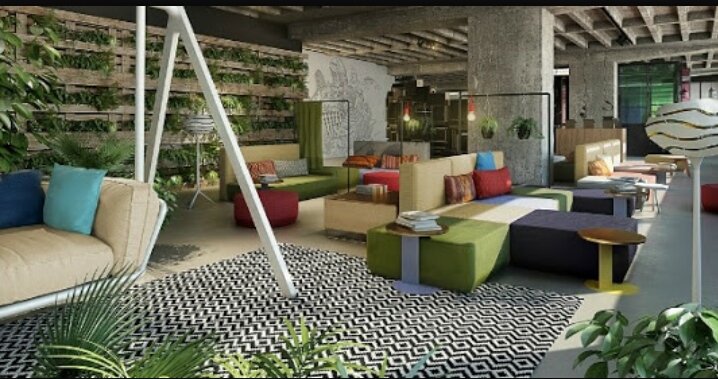 Autumn arrives this month with lots of activities throughout the city. Restaurant terraces reopen, outdoor events fill the weekends and everyone heads to the beach to soak up the sun. Fashionistas and designers converge for Fashion Forward, a major platform for the Middle East’s top design talent. Catwalk shows, social events, panel discussions and after-parties nurture and drive the region’s fashion industry. 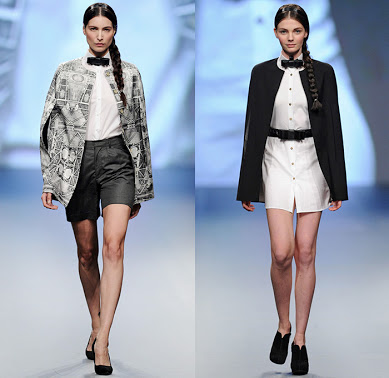 Where to stay:- Jumeirah Zabeel Saray

Stay in imperial Ottoman style at this expansive beach resort on the Palm Jumeirah.

The autumn shoulder season is an ideal time to visit the Egyptian capital with comfortable temparatures, thinner crowds and  more reasonable hotel rates. Celebrating traditional music, performers from across the region take to the stage at the annual Arabic Music Festival at the Cairo Opera House, paying tribute to those who have enriched the regional music scene. 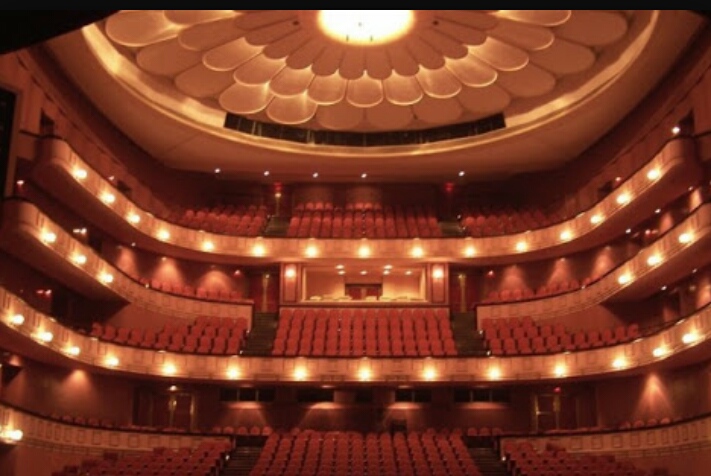 Where to stay:- Fairmount Nile City

On the banks of the Nile, the views at this classic hotel stretch out to the pyramids in the distance from the lavish rooms. 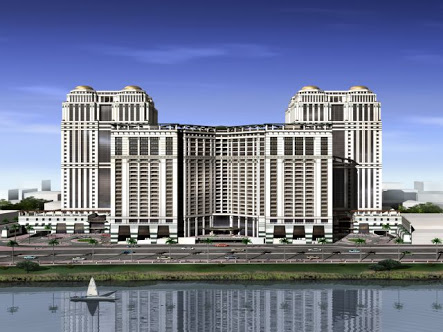 The end-of-year good weather makes this the perfect time to visit this cosmopolitan city with a scenic corniche to wander along and traditional souks to explore. Qatar National Day (Decemer 18) brings the capital to life with street parades, live music and fireworks displays across the peninsula. Museums host special events to highlight the country’s heritage. 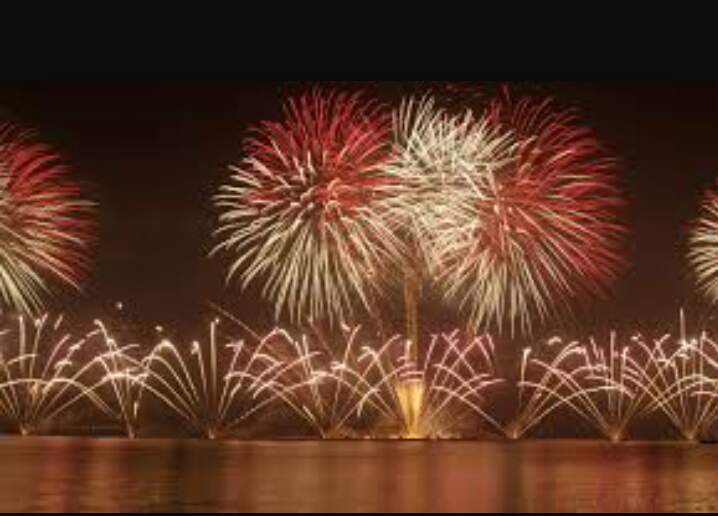 Where to stay:- Marsa Malaz Kempinski, The Pearl, Doha

The first hotel on the man made The Pearl-Quatar, comes witha secluded beach in a private bay as well as outdoor pools, verdant gardens and a yacht jetty. 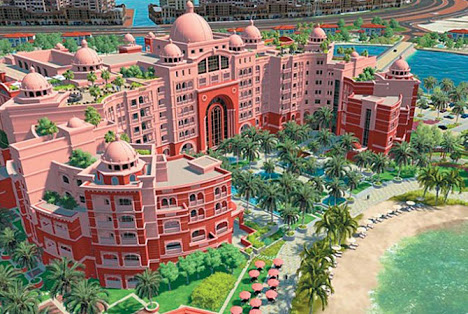 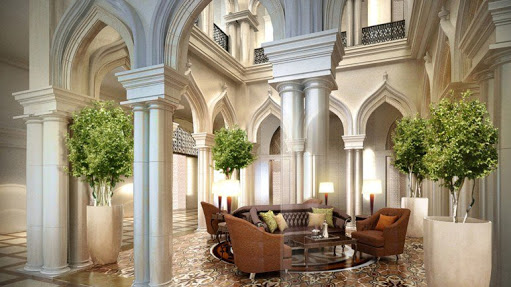 So what are you waiting for? Save the dates today itself and get, set, go!