Are you not tired of being continuously judged, criticized for your height, weight, looks?! Who even did set all those non-sensical standards in the first place? Who has the right to tell us we’re not beautiful?

WE decide for ourselves and nobody else. We weren’t created to be perfect at all times, so rejoice your imperfections.

As clichéd as it may sound but it is true, “beauty is skin deep”. Physical beauty will fade over time; what remains is your soul, your character, your deeds.

Let nobody tell you that you “should be thin or fairer.” Don’t let some narrow minded, shallow pigs tag you.

For centuries, women have been subjugated to oppression through various means. Setting these stupid beauty norms was one of them, but thankfully, times have changed and women are revolting against these. They are raising their voices and appreciating their so-called ‘imperfections’ which make all of them beautiful in their own way and unique.

Here are some women who are bringing a revolution by challenging  the society and boy, ARE THEY GORGEOUS! 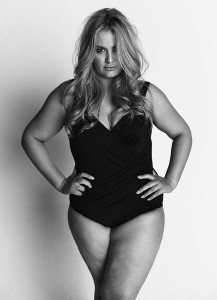 She is a plus-size model, also part of Project WomanKIND- it is a web series aimed to help women to love their bodies and be KIND to themselves and each other. See Project womanKIND on Youtube. 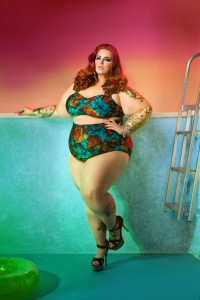 She is a plus-size model and a feminist.

Tess is an inspiration for many. She breaks the norm that you have to be a certain size to be a model and that you need to starve to be beautiful. 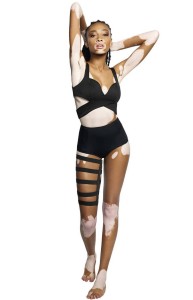 Chantelle Brown-Young (born July 27, 1994), professionally known as Winnie Harlow or Chantelle Winnie, is a Canadian model and spokes-model. She is best known for participating in the fifteenth season, better known as the twenty-first cycle, of the CW reality television series America’s Next Top Model, where she had placed sixth amongst the overall fourteen participants in the twenty-first cycle. She is also known for her prominent form of the chronic skin condition Vitiligo, which she has had since the age of four, that eventually, heavily influenced her title of a “vitiligo spokes-model.” 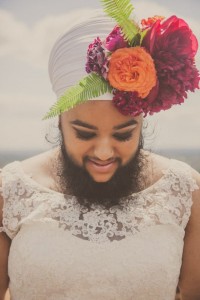 ‘I want other women to find the strength that I have. If I had any message it would be to live the way you want – it’s your journey and it’s your life.’ – HARNAAM KAUR

Harnaam Kaur, suffers from polycystic ovary syndrome, which causes excessive hair growth. She was just 11 years old when it started appearing and she spent her teenage years desperately trying to remove it by waxing TWICE a week and covering her body in baggy clothes. Harnaam became so self conscious that she refused to leave her house, she began self harming and even considered taking her own life. But, at the age of 16, she finally found the courage to accept her facial hair after being baptised as a Sikh. The religion dictates that the body should be left in its natural state and body hair must be left to grow.  Today, seven years on, she says she is more body confident than ever before and hopes her story will help other women in her situation.

I hope these ladies have inspired you enough that instead of complaining about your flaws, you will start loving them and stop seeing them as “flaws” in the first place.

There is nothing sexier than a lady who is confident about herself and loves herself completely.